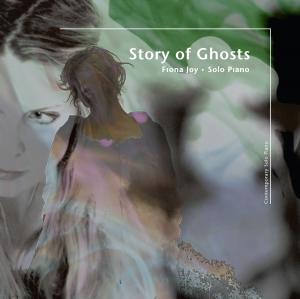 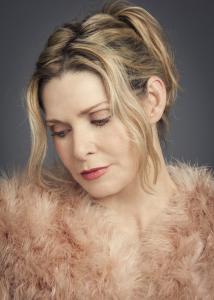 This album is a little darker, a little more neo-classical and is the product of a less than ordinary year…”
— Fiona Joy Hawkins

SAN FRANCISCO, CA, USA, June 8, 2018 /EINPresswire.com/ — True to the haunting title of her extraordinary new solo piano album Story of Ghosts, Fiona Joy Hawkins had a harrowing year in 2017 – and makes no attempts to sugarcoat the emotional upheaval. She bares it all over the course of these mostly grey-toned melancholy and vulnerable pieces, expressed in raw bursts of dark beauty that draw on her classical background and impressionistic modern yet melodic compositions. The album was produced by Cookie Marenco, who is releasing Story of Ghosts in SACD format today on her label, Blue Coast Records.

Hawkins' name resonates in acoustic music circles as one of this generation's top contemporary solo piano artists, and she is a favorite among audiophiles. The album was recorded at Blue Coast Music on the studio's beloved 1885 Steinway piano in DSD256 using an improved system of cabling that was not available until now; it is said that listeners hear the clarity of the piano just as if they were sitting behind the keyboard.

Story of Ghosts is Hawkins' third solo piano album (and 10th piano album). As a whole, the album takes her fans on an introspective journey reflecting the past year of her life as she deals with its twists and turns (as we all do). Hawkins has long believed that if artists didn’t have life’s highs and lows to draw on, they wouldn’t have interesting or passionate stories to tell. She’s never been one to write “happy music,” but she’s found even more despairing places to draw from as she channels into art the adversity of the past year, which included many friends and family members getting seriously sick, dying or going insane.

She opens the album with the uplifting and just whimsical enough “Song for Dunnie,” which she wrote for the funeral of Annette (Dunnie) Crossley, one of her best friends. The lushly flowing piece represents a life that must have been full of vibrant brightness, good humor and joy – the ultimate tribute to a friend whose love and life surely endures in realms beyond what we can see and hear.

The rest of the collection finds Hawkins less forgiving of the capricious Universe, digging deep and soulfully to find melodic grace while working through her inability to cope with what life threw at her in any other meaningful way. Somehow, sitting at the piano, finding solace in the purpose the cosmos has always had for her, she was able to traverse the dark night of the soul and keep moving forward – crying at times, contemplating quietly at others, but surviving the best way she could, with single take recordings that draw us into her intimate journey.

At the core of the set, she uses the piano to weave interconnected tales with similar motifs – the slow, then fast, the uncertain yet determined to transcend “Story of Angels,” and the moody hypnosis that leads to attempts to dance and then sudden dream-dashing stops in “Story of Ghosts.” The deepest tale is told by the third story song, the contemplative “Story of Insanity” which alternates shards of light with the ever-encroaching night in a romp of anger tempered by gentle understanding.

Other notables are the meditational “Contemplating (Solo)" which find her deep in thought, seeking answers in the high notes as tension builds; an escape into a deep “Blue Dream,” whose high and low dynamics indicate mood swings that shift on a dime during crises; and a rhythmic thrust towards “The White Light,” perhaps a place between worlds where high and low notes battle it out for our mortal hearts.

Fans of FLOW — the recently launched hit new age group featuring Hawkins, Will Ackerman, Lawrence Blatt and Jeff Oster — will recognize the closing track “Before the Light” as the beautifully rendered foundation of “Arrival,” the opening track on FLOW’s self-titled debut. In the FLOW version, the darker edges of the piece get subsumed into a lighter-hearted groove. Here it’s allowed to flourish in the shadows, exploring the heavy mysteries of life’s pain that occur before the healing – and wondering along the way if it will ever come.

Hawkins shares, "This album is a little darker, a little more neo-classical and is the product of a less than ordinary year that touches on stories of Ghosts, Insanity and Angels, and everything in between. There’s a lot of emotion in it and that part was a challenge. I have always believed there is beauty in sadness and sadness in beauty; when we delve down into this, we find our true depth. Having said that, there is a happy track – track one!"

In Story of Ghosts, we find a sympathetic friend. We can both empathize and enjoy the musical beauty and grace that Hawkins shares while working through the obstacles to make peace with the sorrow life has thrown her way. Grieving or not, Hawkin’s piano will soothe your soul – even if hers is still a work in progress.

Story of Ghosts was recorded at Blue Coast Music; it is available as a high-resolution download at Blue Coast Music, as mp3 on most digital music platforms, and through select mainstream music retailers in SACD format, which plays in CD players, too.