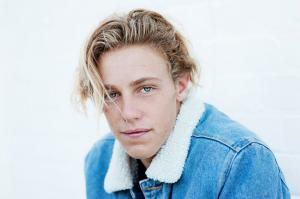 The Perth-native will reprise his role of Jackson from season one in the award-winning Funny or Die series.

LOS ANGELES, CALIFORNIA, UNITED STATES, August 13, 2018 /EINPresswire.com/ — Young Australian actor Cooper van Grootel has signed on to the second season of the award-winning Funny or Die series, "Unverified", where he will resume playing the role of Jackson. Production is expected to begin in October across New York and Nashville. Van Grootel will be a series regular, seen in all 26 episodes.

Van Grootel stated, “I am really excited and beyond thankful to be a part of the next season.”

2018 has proven to be an exciting year for the talented actor. In addition to his role in Unverified, Van Grootel also graced the screen with his lead role in See Pictures’ feature film "Go Karts" alongside award-winning actors such as Golden Globe Nominee Frances O’Connor ("The Conjuring 2") and Richard Roxburgh ("Rake", "Van Helsing").

The Perth-native also recently took on a key role in ABC’s highest-rated rated show of the year, "Mystery Road". Cooper played the role of Brayden and shared the screen with Emmy and Golden-Globe winner Judy Davis.

The 17-year old is the recipient of the 2016 and 2017 Showcast Outstanding Achievement in Acting.

Unverified won Best Online series from the prestigious Accolade Global Film Festival. The second season will move its focus from screenwriters to music producers. One of the producers stated “Cooper’s character will have to engage in various stunts in season 2… after hearing how he tackled the driving in "Go Karts", we know Cooper will rise to the occasion and we look forward to increasing the prominence of his character.”