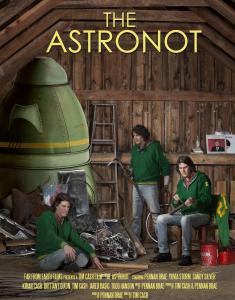 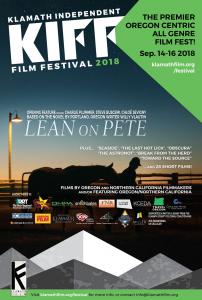 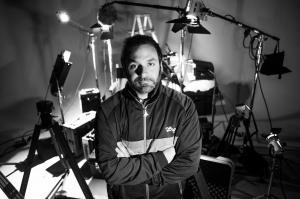 The Astronot is a feature film drama set during the 1960’s space race, directed and co-produced by Oregon filmmaker Tim Cash.

Making this film sometimes felt like an impossible task but we made it to the end and I’m super proud of what we created with very little resources and support.”
— Tim Cash, Far From Earth Films (Director of The Astronot)

KLAMATH FALLS, OR, UNITED STATES, September 13, 2018 /EINPresswire.com/ — The Astronot, currently on the film festival circuit, is screening at the Klamath Independent Film Festival in Klamath Falls, OR. The feature film is an Official Selection in the Oregon Feature Film category and will show at the Pelican Cinema on Saturday, September 15 at 1:25 PM. The film has already won dozens of awards worldwide but this is the premiere screening in Oregon.

The feature film is a drama set during the space race of the 1960’s, was written/scored/starring/co-produced by Pennan Brae (Vancouver, Canada) and directed/co-produced by Tim Cash (Bend, OR).

The film follows Daniel McKovsky, a young man who lost both his parents at a young age and whose only solace is his fascination with space travel and the cosmos beyond. One day at the age of 30, he meets outgoing postal worker, Sandy Allister. This new inclusion into his otherwise lonely existence forces Daniel to confront his darkest fears of loss and emptiness which shall lead him towards becoming, The Astronot.

The Astronot was filmed in rural Oregon, using local cast and crew, including Director, Tim Cash of Far From Earth Films. Mr. Cash will also be participating at the Q & A session at the Klamath Independent Film Festival directly after the film's screening. "Making this film sometimes felt like an impossible task but we made it to the end and I’m super proud of what we created with very little resources and support", says Tim Cash, Director of The Astronot.

The Astronot has already won accolades at various international film festivals in the USA, UK & Europe including Best Feature Film, Screenplay & Score. Pennan Brae's upcoming album (also called, The Astronot), features 11 songs which serve as the film’s soundtrack. The first single, “Walk With Me” was already released to radio in the UK, Canada & Europe and received airplay on over 200 stations. The album was recorded at Blue Light Studio in Vancouver with producer Kaj Falch-Nielsen, with additional sessions taking place in Los Angeles with composer/producer Eric Alexandrakis, renowned drummer Steve Ferrone and INXS bassist Garry Gary Beers. The second single, ‘Crashland’ is currently airing on rock radio in Canada.

The 6th annual Klamath Independent Film Festival runs from September 14 – 16 and will be at the Ross Ragland Theater in Klamath Falls, Oregon. The schedule includes a Friday night gala and opening feature then carry over to Coming Attractions' Pelican Cinema on Saturday for the remainder of the feature films. Return to the Ragland on Sunday for the short films, awards, and final filmmaker Q&A. The Ross Ragland Theater is a 700+ seat, genuine Art Deco movie theater renovated beautifully to serve as Klamath Falls' cultural arts center, while Pelican Cinema completes the festival theatre experience with all the movie-going concessions and amenities.

For information on tickets, visit the festival’s website at www.klamathfilm.org. For more information on The Astronot please visit www.TheAstronot.com.