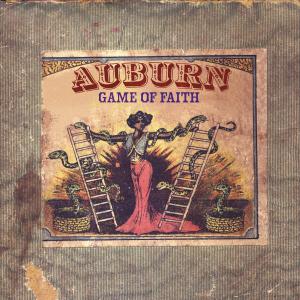 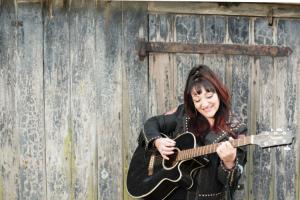 “Game of Faith” has a unique strategy-based card game that will be launched with the album.

LONDON, UK, April 4, 2019 /EINPresswire.com/ — Auburn has been captivating audiences around the world with their unique blend of Americana, blues and roots music. Fronted by female vocalist Liz Lenten, who's voice has been described as “so sweet it'll make your hair curl” and “husky, with an emotional frailty,” who “isn't afraid to show her full range of vocal tones or emotions.”

Liz, a very UN-typical English rose, (she describes herself as “a mongrel – descending from several places in Eastern Europe”) now lives in the Wolds of Lincolnshire, where she spends her time writing, performing and running music groups for young people living in rural isolation and other challenging
circumstances, as well as managing other artists including Eliza Carthy and Shane MacGowan. She was nominated for an “English Heritage Inspiration Award in 2012,” for her work bringing singing and music to the community.

The new album was mainly written in the last few months of 2018, in a flurry of outpouring! As always with Liz Lenten's prolific song writing themes cover the usual range of reflections of emotions and situations – focusing this album on Trust, in all sorts of relationships and situations.

Says Liz, “Its been a couple of crazy years for me, with huge personal life changes – which lead to me losing my voice completely at one point, all of which left me struggling to trust my own judgement and learning to live on faith and hope – which is essentially all we have to go on when things get out of control.”

As with Auburn's previous releases, the band's new album was recorded once again in Nashville. Says Liz, “Nashville is one of the most wonderful cities on earth to me – buzzing with music and creativity. My fantastic multi-award-winning producer, Thomm Jutz, (Nanci Griffith, Mary Gauthier, Bill Anderson, Otis Gibbs, Mac Wiseman,), totally brings my ideas to life, is there, so I would go wherever he was! And the musicians are amazing – all so incredibly talented and sensitive – and just lovely people to be around.”

In addition, “Game of Faith” has a unique strategy-based card game that will be launched with the album… It has been devised and designed to compliment the songs and lyrics of the material…..so that everyone can play their own 'Game of Faith'……more details nearer release about this…

“Game of Faith” – Track listing / game characters
Track Title Character
1 Game of faith “The Everyman” (wild card)
2 Bad Girl, good woman “The accomplice”
3 I don't love him “The Ex-Lover”
4 I drank “The broken-hearted drunk”
5 Prosecco-fuelled profiles “The serial dater”
6 Trinidad “The Gold digger”
7 Red velvet pillow “The spoilt brat”
8 Happy Nowhere “The contented dreamer”
9 Misshapen fruit “The tenacious survivor”
10 Its not love “The friend with benefits”
11 Float to blue “The loyal friend”
12 Spoke in the wheel “The One-night stand”
13 Like I do “The commitment-phobe”
14 His arms “The believer”

What the press said about Auburn's last release:

“….Lenten;s writing is most profound when she follows her instincts and, ripping a genre rulebook, does what's best for the song….joy flows on like molasses. Let it rock (Canada) 'Love & Promises' is an album that, aside from Lenten, also features the credible work of many (aforementioned) others that come together to, simply put, enable us to enjoy yet another quite brilliant album of music from Auburn. As Hunter S. Thompson once said: 'Buy the ticket, take the ride!'” – Russell A. Trunk / Exclusive Magazine (USA)

“British singer Liz Lenten is showing her creativity and skills as songwriter by delivering 12 new songs on 'Love & Promises,' her 4th album in merely 5 years, the recording of it took place for the 3rd time in Nashville, TN, with local session musicians and producer Thomm Jutz…..” – Valére Sampermans / Rootstime (Netherlands)

“Different (*to previous AUBURN albums) but just as good, Liz Lenten is a fine lead vocalist, but she's just as much as an actress and nearly another instrument as the whole comes together. Top shelf Americana that reaches all quadrants of this amorphous genre, this set’s a winner throughout.” – Midwest Records (USA)

“Start to finish the allure of 'Love & Promises' remains strong, the temptation is so inviting you cannot refuse, this album will hold anyone that hears it, there's a subtle allure that will not be denied.” – Tom Franks / FolkWords (UK)

“Excellent songs and beautiful arrangements. Thanks to a more than excellent and inspired playing tie it all sounds fantastic, and it appears to be a nice growth picture, which appears to be even better after a few spins.” – Holly Moors – Moors magazine (Netherlands)