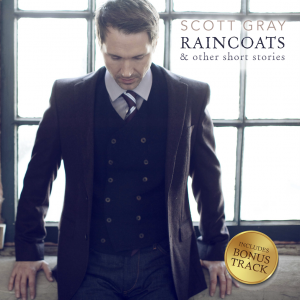 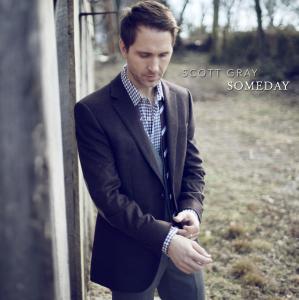 Scott Gray is a Nashville, TN based singer-songwriter who's music crosses over between Adult Contemporary and Jazz.

Shooting in New York City, (Central Park) was incredibly magical. There's just something about that park…I think I just love the duality of city-meets-nature. It's just one of my favorite places.”
— Scott Gray

NASHVILLE, TN, USA, April 12, 2019 /EINPresswire.com/ — Singer-Songwriter, Scott Gray, has officially released the new video for his song, “Someday”. The track is the third radio single released within this last year and is currently playing on radio stations in the U.K. and across Europe.

The video was filmed in New York City (specifically Central Park) because Scott felt that it captured the mood he wanted to portray in the video. “I think the style of my album, overall, just felt so New York to me; and I think a lot of people can definitely connect the dots between my music and the style of the city”, says Gray. “Someday” is a song about pursuing a dream, whatever that dream may be. “I do hope that listeners can reach beyond the 'love song" nature of this story,”continues Gray.

Inspired by master storytellers like Adele, Ray LaMontagne, and Jamie Cullum, Scott wanted to do something unique musically while telling stories that connect. Instead of following a formula, he followed the story and the desire to give something unique to those who listen. “It excites me to be creating something that connects me with other people in a personal way,” says Scott who grew up in Southern Illinois listening to songwriters such as Sting and Amy Grant. “I think for anyone who is passionate about music, the personal experience is part of the enjoyment for them. We are all looking for connection. I want them to feel like they were included – a part of the process.”

“Someday” is the fifth track on Mr. Gray’s (re-released) EP that was exclusively released in the U.K. and Europe called, ‘Raincoats & Other Short Stories’. The EP was released on March 22, 2019 and included a bonus track as well remastered versions of the the existing tracks.

For more information on Scott Gray, please visit his website at www.ScottGrayMusic.com. The video can be seen here: https://www.youtube.com/watch?v=BowofIyxY9U&index=3&list=UUXOLMnZ82IoJxD_7V8wI8UA