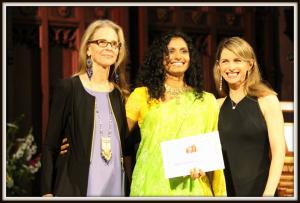 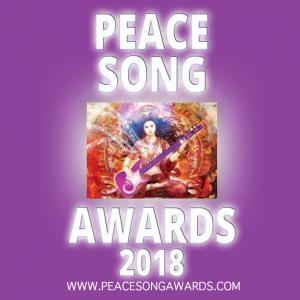 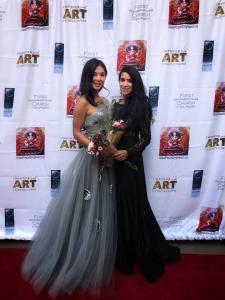 It's heartening that there is a great interest in peace around the world. We are honored to highlight this glorious music, brilliant poetry and imaginative music videos through the Peace Song Awards.”
— Steve Robertson

LOS ANGELES, CA, UNITED STATES OF AMERICA, April 13, 2019 /EINPresswire.com/ — Spiritually-inspiring songs, spoken word, and music videos promoting the message of peace have been selected in 11 categories for the third annual Peace Song Awards (PSA), a worldwide initiative to find and promote the most spiritually-inspired musicians, spoken word poets and music video producers who inspire peace through their music. This year, the PSAs are introducing an annual Peace Legend honoree, to be revealed closer to the annual awards ceremony in Los Angeles on the International Day of Peace, Saturday September 21, 2019. (http://www.globalpeacesongawards.org)

A new honor is being added for the third annual awards, in celebration of an individual who have dedicated their work, lives or art to the mission of peace. A Peace Legend Honoree will be announced this summer 2019 in advance of the third annual Peace Song Awards Ceremony on September 21, 2019.

"It’s been an amazing year of music, spoken word and video submissions, and so heartening to know that there is a great interest in peace around the world. We are honored to highlight this glorious music, brilliant poetry and the imaginative music video through the Peace Song Awards,” says Los Angeles-based Steve Robertson, who is also Founder/CEO of the sister organization, ProjectPeaceOnEarth.org.

The awards are driven by the knowledge that the desire for peace is found in every community, every language, and every style of music. The PSAs explore music for peace in many music genres including Rock / Pop, Country and Folk, A Cappella, Choral, Classical, Opera, Jazz, Hip Hop, New Age, World Music, Acoustic Contemporary, Spoken Word Poetry, and one “all-genre” Music Video category.

About the Awards
Now in its third year, Formerly called, the Global Peace Song Awards, the organization is re-branding to Peace Song Awards to set itself apart from other “global” music award programs. The awards are based in Los Angeles, and are managed year round by an evolving team of artists, activists and executives. There are three ways to "win" a Peace Song Award: by expert Jury Vote, Public Selection, and Social Media reach.

Winners of each music genre category may win a wide variety of valued career-enhancing prizes. All PSA Prizes are designed to empower the winners to further their creative talents, music careers and ability to financially succeed in the world of music. Prizing includes, but is not limited to generous contributions by Stefan Hegar of Fisheye Music Studios; Shayne Locke of Soul Traveler Radio; award-winning singers/musicians; artist/designers Syamarani Dasi and Greg Spalenka; webinars with entertainment attorney Burgundy Morgan, Esq, marketing guru Suzanne Doucet, and music publicist Beth Ann Hilton. There is an overall GRAND PRIZE that consists of a producing/recording session with 5-Time Grammy Winning music engineer Alfonso G. Rodenas, a value of over $15,000.

Robertson announced the 2018 Peace Song Awards finalists on January 12th, all of whom are listed on the website at http://www.globalpeacesongawards.org/finalists/

In response to an overwhelming number of quality entries, Robertson notes, "Everyone who took the time to create a musical score, write a beautiful poem and/or produce a music video, whether they were voted as a Finalist or not, is a WINNER! They've made a huge difference in our world by opening their hearts and souls to birth a gift of transformation for our world. Again, we thank each contestant and all of the Finalists for their inspiring music, poems and videos.

“Our heartfelt thanks also goes out to all of our PSA Jury Panel members, new Advisory Board members — Beth Ann Hilton (Marketing and Communications), Fritz Heede (Composer/Film Producer), Scott Page (Saxophonist for Pink Floyd), Peter Young (Pres/CEO of Hubcast Media) and all of our generous prize contributors…their brilliant expertise, great generosity and caring support makes it possible for the PSA contest to support great musicians, poets, and and music video producers in bringing their liberating message of peace to our world."

The final Peace Song Awards “Jury-chosen” winners will be announced at a live awards concert in Los Angeles on Saturday, September 21, 2019 (The United Nation’s International Day of Peace). The exact time and location to be announced in the coming weeks.

Robertson encourages, "If you'd like to explore the 2018 PSA Finalists, please join us to listen to their music and watch their videos in our Facebook Community."