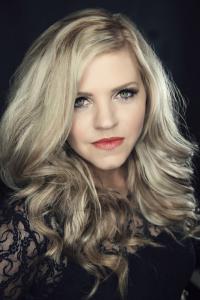 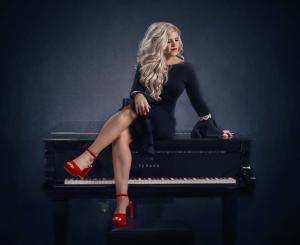 Composer & performer Jennifer Thomas’ album The Fire Within debuted at #2 on Billboard’s Classical Crossover chart in late 2018; her tour of the same name covers the Western U.S. beginning next week.

Tickled Ivory Music Announces THE FIRE WITHIN, the dynamic artist’s 2019 Summer Tour of the Western U.S.A.

I don't really do anything small, do I?! I have placed my piano on a couple of different beaches, as well as a rainforest…why not a piano on fire in the middle of a desert?”
— Jennifer Thomas

SEATTLE, WASHINGTON, UNITED STATES, June 13, 2019 /EINPresswire.com/ — Imagine playing the violin on a pirate ship at sea, or dueling on a burning piano in the desert, and you’ll begin to grasp Jennifer Thomas’ passionate style of entertaining her ever-growing fanbase! This summer, Tickled Ivory Music presents The Fire Within Summer 2019 Tour, a 20-city tour of the USA’s Western States featuring Thomas and dynamic guests such as spoken word artist J.ournal Poems, and The Rogue Pianist. The tour — named after her most recent Billboard-charting album The Fire Within — ignites in Washington’s Tri-Cities on June 19, and burns on through Spokane, Idaho, Salt Lake City, Denver, Albuquerque, Phoenix, Las Vegas, California, Oregon, and back to Washington state to culminate with a PREMIERE VIP concert and event in Seattle on August 24; complete details of the schedule, and ticket information, are available at JenniferThomas.Eventbrite.com

“NO YAMAHA PIANOS WERE HURT DURING THE MAKING OF THIS VIDEO!” Thomas reassures fans beneath “The Fire Within” music video on her YouTube page, stacked with her stunning videos, each more beautiful than the last. “The piano that was burned was (already) terribly damaged and had seen its day. A lot of people asked me if I was going to turn it into a table piece, or a garden ornament, but I said, ‘No, I think I'm going to set it on fire.’ I don't really do anything small, do I?! I have placed my piano on a couple of different beaches, as well as a rainforest…why not a piano on fire in the middle of a desert?”

Delivering the drama that her fans crave, “The Fire Within” video features Thomas and The Rogue Pianist in a dueling piano duet, alternating locations between the desert wilderness and the concert hall, culminating with a piano in flames as Thomas looks on. Widely considered by her peers as one of the most remarkable young Classical composers and multi-instrumentalists of our time, Thomas is beloved for her creative collaborations, as well as her sophisticated cover songs (“Believer” by Imagine Dragons is on The Fire Within) and her soaring original compositions reminiscent of Hans Zimmer’s cinematic works.

In recent years, Thomas has landed among the Top 1% of all artists on Pandora music, garnering between 1 to 1.4 Million streams per week. With her popularity translating to the charts, The Fire Within released in October 2018, debuting at No. 3 on the Billboard Classical Album chart and also at No. 2 on the Classical Crossover chart, an impressive feat, especially for an independent artist. The Fire Within is Thomas’ sixth album, and was recorded with the English Session Orchestra in London at Abbey Road Studios, with additional sessions at Yamaha in Nashville and Opus 4 Studios near Seattle.

From the release of her debut album, Key of Sea (2007) to The Fire Within (2018), Thomas’ dedication to excellence has been applauded by fans, filmmakers and peers such as her mixing engineer Brian Vibberts, a 6-time GRAMMY® Award winner, and GRAMMY®-nominated producer/engineer Paul Speer. Her collaborations, songs, albums, film scores and videos have won more than 20 awards, including “Best Holiday Album” (2016 Hollywood Music in Media Awards) and “Best Classical/Opera” song (2017 Peace Song Awards), and an Audience Choice Award in the 2008 Swan Lake Moving Image and Music Awards in Germany. Thomas composed her first original film score for “Minuet” by director/writer Ryan K. McNeal, winning the Gold Medal of Excellence at the 2011 Park City Film Music Festival for “Best Original Music in a Short Film,” and receiving a nomination for Classical/Orchestral “Best Song” in the 2011 Hollywood Music in Media Awards for Bach’s “Toccata and Fugue (D Minor).”

Thomas said that she and her label planned the tour schedule around cities where her streaming data shows she has the largest online audience. The venues vary in size, and families of all ages are encouraged to attend the concerts, which draw upon by her own experience as a child musician.

“I think that all children should, and need, to be exposed to music education,” she shares. “It awakens their minds in ways that other things cannot. I was brought up by a Mother who was incredibly talented and dedicated to teaching my siblings and I music…I participated in competitions, recitals and adjudications. But passion cannot be forced or taught. I found my passion in music when I was 12-years old after watching an old classic movie that really inspired me and propelled me forward in my own music practice.”

And, although Thomas said she doesn’t do anything small, that’s not completely true…when not composing or recording, she loves getting down and playing Legos with her three young sons.

ABOUT JENNIFER THOMAS
Jennifer Thomas is a top Billboard charting artist, an award winning American pianist, violinist, composer, performing artist, recording artist, and a Yamaha artist. She is equally well known for her classical covers and her original compositions. As the child of artists and musicians, Jennifer found her calling early, quickly distinguishing herself as a performer. And once she discovered that she could make her own musical rules, her creativity shifted into high gear; fueled by passion, hard work, and lots of chocolate, she has been putting out both high quality and imaginative works ever since. Jennifer has won awards across the spectrum for her songs, albums, and film scores. She’s collaborated with GRAMMY® winners, world-famous choirs and orchestras, and her mom, Carolyn Southworth. When not composing or recording, she can be found cheering on her ultra-marathon runner husband or playing Legos with her three young sons. Read Jennifer’s full bio at: https://jenniferthomasmusic.com/biography/

The Fire Within feat. The Rogue Pianist