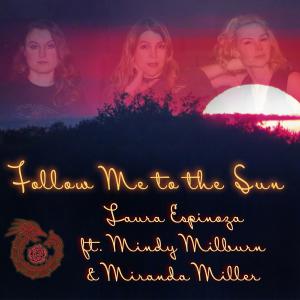 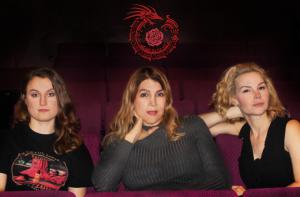 Featured In The Award Winning Musical “American Stranger the Musical”!

The song is about someone who feels desperate & lonely after someone has left them; the reason is never revealed. This person then hopes they will find a way to reunite, but it may not be within earthly bounds.

“Seem so long since you drove away, standing out in a chill burns my naked face,
Morning gushes in a shallow wind, but the fire from your kiss keeps the flame within”

Laura Espinoza: Laura is a songwriter/guitarist, playwright, and TV producer. She is the primary songwriter for the critically acclaimed original alt rock band Laura Espinoza & Lunden Reign. Laura recently won a NARAS songwriting contest, exclusive to Grammy voting members where she participated in a private songwriting workshop with Busby, Rodney Jerkins, Shane Stevens and Sarah Hudson. She has performed on stage with Luis Maldonado (Train), Terri Nunn (Berlin), Dale Bozzio (Missing Persons) & Prescott Niles (The Knack), and started her career with Matt Sorum (Guns n' Roses) She has recorded at Capitol Records, Hollywood, Abbey Road, UK and is the host of “The Rock Radio Show” on KBU-FM, Malibu.

Mindy Milburn: Mindy has a passion for singing and music. She is originally from Cleveland Ohio and has sang for multiple bands as well as in musical theatre and original bands and is so grateful to be working with Laura Espinoza. Mindy is now living in Los Angeles and is the proud parent of two wonderful children.

Miranda Miller: Miranda is a classically trained pianist who started playing at age 4. At age 12, she joined her first rock band, Cherri Bomb, where she would get her first taste of the music industry as a rhythm guitarist, keyboardist, and vocalist. Signed with Hollywood Records, this band released one EP and one studio album and played shows in America, Europe, and Australia. Later on, she was in alternative pop band Hey Violet!, signed to Capitol Records, and released another EP and studio album. She has been on stage opening for acts such as Smashing Pumpkins, Foo Fighters, Bush, Staind, and 5 Seconds of Summer, and has performed in almost 20 countries. Miranda now teaches private piano, guitar, and vocal lessons and has directed multiple theatrical productions.

Laura Espinoza's “Follow Me to the Sun” will be available on Amazon, iTunes, Apple Music, Spotify and more on July 15, 2019

“American Stranger the Musical” recently received the “Hollywood Fringe Festival ENCORE! Award” as well as the “Better Lemons 'Sweet' Audience Review Award.” The musical is based on the music by Laura Espinoza; “American Stranger” is the story of three siblings, two of whom are learning to understand the third who is transitioning from their brother to their sister, now known as Mary. Rejection and intolerance plagues Mary – from society and from her parents who have disowned her. However, it is the loss of her beloved girlfriend, Dionne, that haunts her the most. America's growing cultural divide has made Mary a stranger in her own country. “American Stranger” features the acoustic versions of the songs of Laura Espinoza & London Reign.

Here's what the audience is saying:

“The music and singing were outstanding. Wonderful show, talented performers and great music. It’s so many people’s story, in many different ways. We are all just fumbling around, looking for love, looking for family. Trying to follow our hearts and survive.” – Lauren Peterson

“What a beautiful gift this musical is! The writer had to know what a powerful message this would be, much needed yesterday, today, and tomorrow. Go see it and feel the love, confusion of being new in LA, and the message being sung beautifully by Delia Rawdon, Mindy Milburn, Miranda Miller with a great cast including Jacklyn Robinson, Scooby Ducati, Bill Melrose, and Sabrina Richmond. The writer, composer and guitarist Laura Espinoza has presented a musical that you cannot forget, ever!” – Lisa Furuto