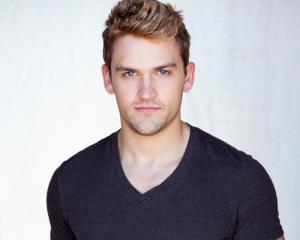 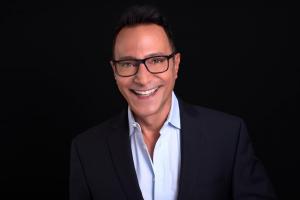 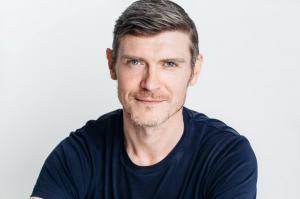 Neil Haskell Performs "Lift It Up" a Europop Musical Mastepiece from "Singing Revolution: The Musical" as part of a new music video.

NEW YORK, NEW YORK, UNITED STATES, July 16, 2019 /EINPresswire.com/ — The news getting your spirit down? Let Neil Haskell ‘Lift it Up’ in the latest video from the Singing Revolution studio sessions.

The Euro-pop song, written by Tony Spinosa and James Bearhart for their original musical Singing Revolution, is a rousing anthem in which the lead character, Heinz Tamm, rallies his fellow countrymen into celebrating their cultural pride in the face of a Soviet Union occupation.

Haskell, who rose to popularity in on the reality show ‘So you think you can Dance’, made his Broadway leading debut in Bring it On, before continuing onto shows such as The Times They Are A-Changin', Tuck Everlasting and Hamilton.

Singing Revolution: the musical is a Europop musical inspired by real-life events on the quaint streets of Tallinn, Estonia. Locals struggle for their freedom and the preservation of Estonian culture against the overwhelming forces of the Soviet Union. The situation becomes complicated when an Estonian falls in love with the Soviet Commander’s daughter.

Tony Spinosa is a producer fascinated by stories that entertain and delight audiences. His Broadway debut was Peter Pan at the Marriott Marquis Theatre. He served as Resident Director of the Tony Award-winning Broadway revival of La Cage aux Folles, Broadway producing credits include Thoroughly Modern Millie and Bombshell in Concert at the Minskoff, [title of show] in Concert at the Broadhurst, and They’re Playing Our Song in Concert at the Music Box.

Originally from Ireland, James Bearhart is a first-generation US immigrant and is an actor, director, and playwright. James most recently performed in a gender-swapped production of Hamlet at The Tank Theater, Manhattan. A first-time musical book writer, his experience in storytelling comes from years working in the design industry. He has a Master of Design from Central Saint Martins in London, and a Certificate in Screenwriting from UCLA.

The initial demo recordings are available now to give everyone a glimpse of what’s to come with various reading events and public concerts coming up in Fall 2019.

The studio session video was produced by Milliron Studios, directed by Valev Laube (The VL Studios).

Lift It Up (feat. Neil Haskell) – Singing Revolution: The Musical