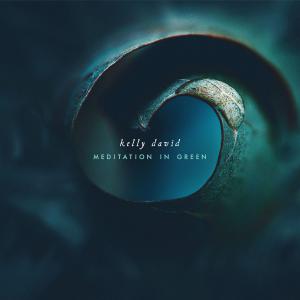 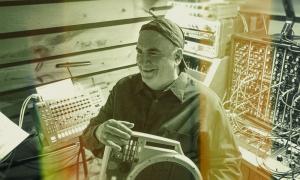 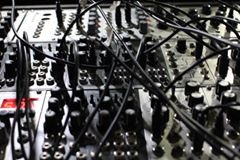 The depth of this work comes from the small sounds, strategically placed in the background, middleground and foreground of each piece on the album.

The new music is the first of Kelly David’s adventurous organic electronic albums for Spotted Peccary Music; it releases worldwide this Friday.

Meditation in Green is the result of my exploration of Khmer temples in the Mekong Delta.”
— Kelly David

PORTLAND, OREGON, USA, August 20, 2019 /EINPresswire.com/ — Spotted Peccary Music announces the label debut of ambient electronic artist Kelly David, with MEDITATION IN GREEN, a psychedelic musical journey deep into the heart of Viet Nam's Mekong Delta, a mysterious land where nature is the dominant force. Field recordings of water, birds, frogs and thunderstorms blend in and out of the constantly evolving minimalist sonic textures keeping the environment always close at hand. The artist talked about the album at length in an interview with Donna Jo Thornton this weekend on popular Southern California music show, The Morning Breeze.

"I grew up in a house where classical music reigned, especially opera, promoted heavily by my father," David shared, "But he had a secret musical love: field recordings made in the 1930s of Native American music. I can recall waking up on Saturday mornings with Indian drums and chanting filtering into my subconscious. That origin probably explains where my fascination today with pre-Western percussion began."

An immersive work built upon deep evolving drones and dreamlike atmospheres, MEDITATION IN GREEN blends environmental field recordings with minimalist ambient textures to underscore nature as a significant component to the work. Subtly nuanced electronic soundforms inhabit the heart of the music as percussion elements ebb and flow, slowly winding through the ethno-atmospheric currents of sound, while thoughtfully placed micro events give depth to the experience, rewarding the discriminating listener with a revealing musical landscape. Pure, honest, and undeniably introspective, Kelly David's masterfully crafted soundscapes bring to mind misty visions of a familiar unknown.

In an extensive interview with Robin James on Ello, David explained "Meditation in Green is the result of my exploration of Khmer temples in the Mekong Delta. Since college, I have been fascinated with the Khmer civilization. Previously, I tried to explore some of these feelings, when walking around ancient stone monuments, in my album Angkor. The Mekong Delta was the southernmost tip of the Khmer civilization, and their only route to the sea. The Delta is water, with an immense catalog of organic life there."

Meditation in Green was composed, recorded and mixed by Kelly David at The Edge, Denver, CO, and mastered by Howard Givens. The album releases on August 23, 2019; the physical CD comes in an artful six-panel package with a 4-page booklet; downloadable formats include MP3, CD-quality lossless, 24-bit/96k FLAC and 24-bit/96k Apple Lossless. Visit SpottedPeccary.com or AmbientElectronic.Bandcamp.com for pre-sale, listening, and purchasing options.

ABOUT KELLY DAVID: Kelly is an electronic music composer, recording and producing his work from The Edge, Kelly's Denver recording studio. Most days, Kelly works primarily with synthesizers requiring solid AC current, although he's often found banging on SE Asian and Chinese gongs, as well as other acoustic percussion instruments. Originally from Washington, D.C., Kelly played French Horn and pursued classical composition studies. In the music conservatory, Kelly met his first analog synthesizer and he realized that an entire orchestra of new sounds was in reach, without having to cajole musicians to play his scores. Today, Kelly finds his musical inspiration in the light and space of the West. His music features slow, ever-evolving musical changes, where the smallest sound seeks its place in Kelly’s musical collages. Kelly lives with his wife and three wild dogs along the Front Range of the Rocky Mountains in high desert bliss. Meditation in Green is Kelly's first release on Spotted Peccary Music; previous releases from Kelly David include Broken Voyage (2002), Angkor (2006), and The Long Night (with Steve Roach, 2014). www.kellydavid.com

ABOUT SPOTTED PECCARY MUSIC: Portland-based Spotted Peccary Music is North America’s finest independent record label with a focus on deep, vast and introspective soundscapes. For over three decades, the artists of Spotted Peccary has been on a mission to develop, produce, publish and release ultra-high-quality, deep-listening experiences that engage the listener and exceed expectations. Every release is carefully prepared in a variety of high quality formats from MP3 to high-res studio masters. Explore more than 160 titles and 45 artists at SpottedPeccary.com or AmbientElectronic.Bandcamp.com

Meditation in Green: The unboxing…