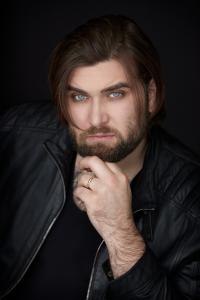 Filmmakers claim Weston Cage Coppola is on par with his A-List father, after a breakout leading role and getting snagged by entertainment mogul Chuck Binder

Weston has been busy this year with multiple projects in post including his leading role in “D-Day” (Directed by Nick Lyon), co-starring his best friend Jesse Kove, and UFC Legends, Chuck Liddell and Randy Couture, “Freak Power Battle For Aspen” (rumored to be a prequel of Fear And Loathing In Las Vegas, Directed by Bobby Kennedy III), Starf*cker (directed by Mark David) and is scheduled to film MR-9 with Mickey Rourke in Africa in September 2019. He is also the first Cage/Coppola to venture from film to television with his appearance in NCIS: Los Angeles alongside LL Cool J. As of 2019, NCIS is second-longest-running scripted prime time TV series airing.

Weston has previously been portrayed in the media as a kind of “bad boy” type, and now he’s taking on leading roles. His emergence into more mainstream film, television and music is indicative of this dramatic change. We think it has something to do with his stunning new bride. Weston married Hila Cage Coppola, his girlfriend of two years in 2018 after he converted to Judaism. The adorable couple work and travel together for productions.

Weston’s performance in the WW2 film D-Day has been met with praise from the filmmakers; “Weston Cage Coppola became James Earl Rudder, his performance was transformative and it was amazing to observe," states Nick Lyon, director of D-Day, "he became a true leader, so charismatic that he could even call older actors “son” convincingly. From voice to posture, to overall presence, he was a different man. It’s very rare that I get to work with an actor who takes a role to the next level. He gives more than what I asked for. He gave me what I wanted. Somehow he channeled the ghost of James Earl Rudder. It was amazing to watch him take the performance to the next level. It’s rare to see an actor become their subject, and Weston possesses this ability.”

"I am a big fan of the work Weston Cage Coppola did in this film, the movie sits on his shoulders." -David Rimawi, Co-Founder of The Asylum.

"Weston Cage Coppola has a breakout leading role in D-Day. Surrounded by a top notch cast, he stands out and continues the family dynasty with his performance." -David Latt, Co-founder of The Asylum and producer of D-Day