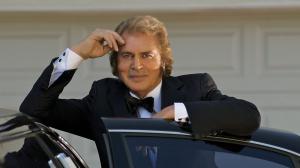 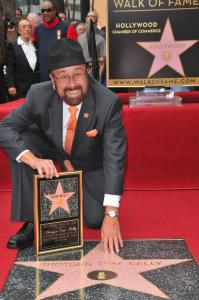 “The business of broadcasting has changed significantly over the past decades, and PPB has completed its changed guidelines to accommodate professionals in all of the expanded spheres.”
— President Shotgun Tom Kelly

Kelly explained, “The business of broadcasting has changed significantly over the past decades, and PPB has completed its changed guidelines to accommodate professionals in all of the expanded spheres, including podcasting, blogging, YouTube recordings, live online streaming, as well as traditional broadcasting. Established talent as well as those who help create, produce, sell and support the broadcasts are eligible to join the newly christened Hollywood Media Professionals.

This groundbreaking assemblage of professionals has its roots firmly planted in the half-century old Pacific Pioneer Broadcasters, the only organization of its type, PPB was founded in 1966 by the media professionals who pioneered in an earlier era of West coast network broadcasting, including Edgar Bergen (Charlie McCarthy), Jim Jordan (Fibber McGee) and producer Ralph Edwards who served under a prominent announcing voice of the 20th century, President Art Gilmore.

“Hollywood Media Professionals members and guests gather several times a year to
honor and celebrate the best of our own at luncheons”, explained Shotgun Tom. “Our next
tribute honors The International music star Englebert Humperdinck on September 20th at the AirTel Plaza Hotel located at 7277 Valjean Ave in Van Nuys Ca. Humperdink had mega hits like After the Lovin and Release Me to name a few, he has sold over 140 million records in his stellar career.

We also invite members and their guests to come have ‘Coffee With…’ some of the stellar personalities in front of and behind the mics and cameras.” Kelly explained, “It’s a rare opportunity to sit down with people, like you, who have changed and are changing lives, helped to form our perspectives, entertained us, informed us, wowed or comforted us over the years. Our next ‘Coffee with…’ on September 7 at 10AM features voice actor, ventriloquist, and 95-year-old legend TV host Jimmy Weldon.” This series also is hoated at the AirTel Hotel in Van Nuys Ca.

“HMP also archives the careers of members, keeping an audio and/or visual history of their work and contributions. We don’t just provide access to these people…we are these people! We are Hollywood Media Professionals.”