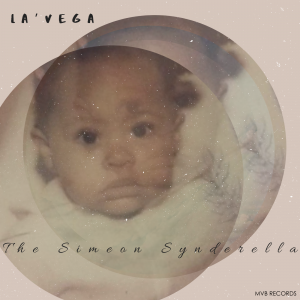 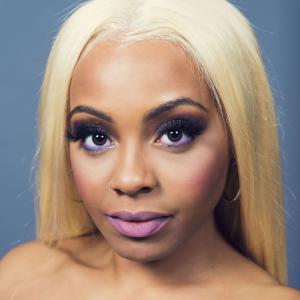 La'Vega has released her latest mixtape via her longtime record label MVB RECORDS, and it is something special.

She always Raps from the heart, but this mixtape puts the MCs feelings and current state of mind on full display. She has definitely blossomed into a real musician; not just a Rapper.”
— David Kessler

BRONX, NEW YORK, UNITED STATES, September 14, 2019 /EINPresswire.com/ — The name alone, "The Simeon Synderella", lets her longtime fans; and new listeners as well, know that this mixtape is something different. "The Simeon Synderella" is the 9th mixtape by this independent Hip Hop artist since she signed her first record deal in 2013, with MVBEMG. If you do not count the mixtapes prior to her hiatus from the Rap game, then this is her 3rd mixtape. What makes this mixtape special is that it is 5 tracks of pure music. Yes, it's a Hip Hop mixtape, and yes, it's a La'Vega mixtape, but, she sounds more relaxed and confident on the tracks, than on any of her previous projects.

On the 1st track "Ain't Got Time For That", La'Vega sounds like she is having an open conversation with her listeners, letting them know that she's come a long way since her music journey started. She does not sound like she's rapping on this track, her flow is very laid back. I can honestly imagine La'Vega smoking a joint while she spits bars over this bouncy track, reflecting on her life-now that she is back in the Rap game making new music. On the 2nd track, "I Don't Owe You", the title and lyrical content both fall in line with La'Vega's message, telling (warning) anyone who feels entitled to her current status, money, or time, that they should expect exactly what they gave her when she was experienceing her darkest days.

"Living Life" is the 3rd track on "The Simeon Synderella" mixtape, and this track has La'Vega daydreaming about the special moments in life where stress and the daily demands of life cannot be found. The most creative; and best track of the mixtape has to be track number 4, "Up In My Mind". La'Vega exposes her thoughts, and her vulnerability on this track as she sings melodic lines about how she is constantly lost in her thoughts.

Track number 5, "You F*cked Up", is the most curious track of the mixtape; who is La'Vega Rapping and singing about? Is this song about a past lover or current? Whoever it is, La'Vega deals with their infidelities with serious bars and a reality check. She let's the person know that she will not be a part of their "3 way" transaction. "The Simeon Synderella" is by far La'Vega's most honest mixtape. She always Raps from the heart, but this mixtape puts the MCs feelings and current state of mind on full display. She has definitely blossomed into a real musician; not just a Rapper.