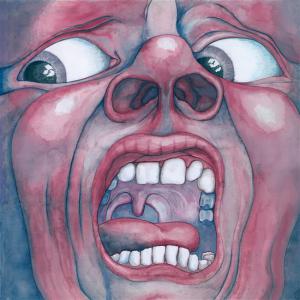 King Crimson – In the Court of the Crimson King

ASHEVILLE, NC, USA, September 18, 2019 /EINPresswire.com/ — Recorded in 1969 “In The Court Of The Crimson King” stands as one of the defining albums of British rock music & one of the finest debut albums of all time. Described at the time as “an uncanny masterpiece” by Pete Townshend, the album has achieved legendary status over the years. Fifty years on, the album is one of the most beloved & revered in the rock music canon.

Blu-Ray: First time on Blu-Ray for this iconic album with all new mixes in stereo & 5.1, original album mixes and a multitude of extras all in Hi-Resolution.

A further album's worth of additional material drawn from studio takes – much of it mixed by Steven Wilson & including extracts from the 'wind session' that produced the intro to 21CSM in stereo for the first time, the single a/b sides of the album title track drawn, for the first time since on disc, from the original master tapes & more are also included.

This set marks the first appearance of the album on Blu-Ray completing the availability of all King Crimson studio albums on the format.

All material on this set will also feature on the forthcoming “Complete 1969 Sessions” – the eighth boxed set in the series documenting King Crimson's studio & live recordings from 1969 onwards.

The Alternate album appears, quite deliberately, in slightly different track-listings on the Blu-Ray & CD (& on the accompanying double vinyl set). The aim on the Blu-Ray was to provide a fully sequenced listen that closely resembled the original album running order. This was extended on the CD, gathering many of the new mixes on one disc & revised again to make for a satisfying listen on vinyl.

In common with all other King Crimson studio albums in the format, the 5.1 mixes are being made available in this affordable set rather than being held over exclusively for larger expensive boxed sets, a practice that limits the availability of the music in multichannel audio to the detriment of artists and fans alike.

In the 50 years since its release “In The Court of the Crimson King” has never been out of print or unavailable in any of the world's main music markets & continues to enjoy consistently high sales.