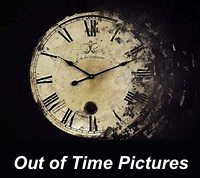 Out of Time Pictures

Out of Time Pictures Receives Placement for Second Consecutive Year

We are thrilled about our selection”
— Rob Levinson

MYSTIC, CONNECTICUT, UNITED STATES, September 18, 2019 /EINPresswire.com/ — Out of Time Pictures is pleased to announce that the 2nd Annual Mystic Film Festival has selected the independent short film WHERE WERE YOU for screening on Sunday, October 6 at 1pm in Mystic, CT. "We are thrilled about our selection," said Rob Levinson, Writer/Director of the new film.

Remembering 9/11
The latest film by Levinson is a dramatic story about one woman’s fight for survival, and the challenge of a self-absorbed radio host to make a pivotal change – one which may cost him everything. What unravels in real time are the visceral reactions to the events that unfolded within a New York minute.

Second Consecutive Year
In 2018, OUTLAW (about the notorious Jesse James) by Out of Time Pictures was shown at the very first Mystic Film Festival. Director of Photography Ben Grant and Levinson collaborated on both movies. The latest production features actors John Campeau, Amy Thomason, Tom McCormick, Solange Elkallassi and Greg Genatossio. A companion EP, Where Were You Soundtrack, will be released 9/24/2019 by Akubot Records to online music stores and streaming services.

For more information on WHERE WERE YOU and the 2019 Mystic Film Festival:

Official trailer WHERE WERE YOU