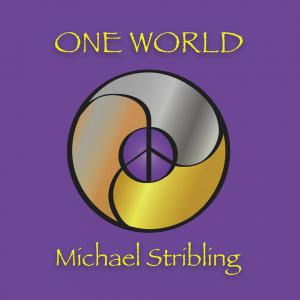 One World by Michael Stribling is a masterful new album of New Age Electronic music. 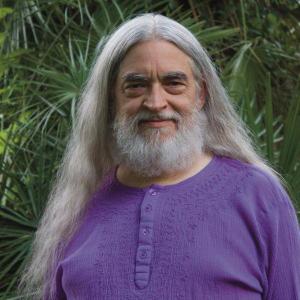 In times of challenge and struggle, there is also an opportunity for positive change, for healing and unity. May we focus on what we want for our world and not what we fear may happen.”
— Michael Stribling

FRESNO, CA, USA, September 20, 2019 /EINPresswire.com/ — Michael Stribling has taken his love of world music, and seasoned it with his experience as a family therapist and teacher to make his profoundly musical healing art. His new album, One World, features mystical melodies, soulful electronics and soothing percussion. “If the music is inspiring and uplifting, then I've done my job,” he reflects. One World will be released on September 20, 2019, a day before the International Day of Peace. The album is available now at Leela Music's website and music streaming sites worldwide.

In the liner notes, Stribling expresses this prayerful thought: "In times of challenge and struggle, there is also an opportunity for positive change, for healing and unity. May we focus on what we want for our world and not what we fear may happen."

One World encompasses an astonishing variety in 15 songs; the album is a pristine sonic spin around the globe, mastered by Tom Eaton of Will Ackerman’s legendary Imaginary Road Studios. Opening with sparkling drones and tinkling chime zephyrs, a quiet mood is established before eventually breaking into a more energetic romp. “Aboriginal Campfire,” has a gruff chant accompanied by a didgeridoo growl that is juxtaposed within a melodic woodwind theme. “Buddhist Nursery” visits a mystical dan and marimba garden, with a giggling baby hidden in the flowers.

“I just love to play around with sound and music,” chuckles Stribling. He continues, “There's a very wide range of music that can be called electronic — from electronic dance music to rap and hip hop which uses lots of samples and loops — to, well, the stuff I compose.”

Michael Stribling is an American New Age musician with a foundation in percussion, a multi-instrumentalist and composer best-known for creating relaxing electronic-based music blending his deep sense of peace and harmony with an array of sumptuous piquancy from around the world. Stribling’s second album Songs of Hope and Healing, was named Best Electronic Album of 2006 by New Age Reporter. Almost all of the albums that Stribling has released have ranked in the Top 5 of the Zone Music Reporter’s Top 100 Global Airplay Chart, and two — Songs of Hope and Healing and The Promise — have won awards for Best Electronic Album.

He formed Leela Music to undertake a very simple mission: to help others in their journey toward wholeness through the gift of music, by creating works that inspire and uplift the human spirit. Leela is a Sanskrit word that means "divine play,” a way of describing all reality, including the cosmos, as the outcome of creative play by the divine absolute.

In an early review of One World, written by Keith Hannaleck and published in New Age Music Reviews, the album is described as “an absolute masterpiece of eclectic world new age music,” and on the website Contemporary Fusion, Dick Metcalf opines that this music is “by turns energizing and powerful, mysterious and haunting, or vibrant and sensual… a stunning example of how creativity can enhance our lives and help unify our spirits, even at times when we are facing challenges. The cultural blending Michael weaves in, around and through his music are just what you need to overcome negative energies."

The artist's music lessons began at age 7, studying violin, clarinet, and guitar, but when the Beatles arrived in 1964 he “switched to drums and never looked back.” He worked as a performer, composer, engineer, and was a radio announcer for a classic rock station in the 1970s. On the road from June 1974 to July 1975, he toured the U.S., Europe, and Canada with Johnny Mathis.

Apart from his music career, Stribling became a licensed marriage and family therapist in April 1992 and has worked in many areas of the mental health field, including outpatient mental health clinics, substance addiction treatment, foster care, and group homes. This experience has given him a unique spiritual grace and depth to his musical gift.

Stribling shared thoughts on how his creative and professional worlds dovetail in a recent interview with Kathy Parsons (for Mainly Piano). “We create our life experiences by what we think, feel, and do. If we put out positive energy, we can expect positive things in our lives; if we express negativity, we can expect more negative things to appear in our lives. If this is the dawning of the Age of Aquarius, we'd better start thinking and acting that way. Think about what you want, not what you don't want. Sometimes it's a real challenge, but practice makes perfect.”

More about Stribling’s healing life philosophy and musical career can be found on the Leela Music website and on Wikipedia.