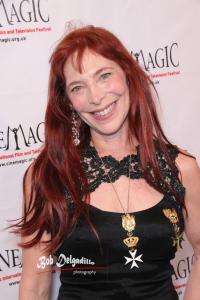 LOS ANGELES, CA, UNITED STATES, September 20, 2019 /EINPresswire.com/ — Words affect us all. A word of discouragement, criticism, bigotry, hatred, separation, bullying or scorn can crush a soul in a single moment with its power and vengeance. A word of encouragement, support, pride, optimism and love can change the world, to a world of unity, peace, communication and oneness. Words mark our lives. They are cheered out loud and written on parchment to be read hundreds of years after we’re gone.

I’ve had the rare opportunity to work on three recent projects dealing with the state of mental health. Each story is a journey and a secret elixir to heal. The authors reveal and uncover challenges of their life in deep and intimate details. Their truth and honesty soothes, captivates, and champions the human spirit and heart. These words can change the course of history and time. The first was a book written by a former District Attorney, who tried to commit suicide in his Law Office. His parents emotionally forced him into the law, and he stepped into a career that was miles away from his heart and soul. His unhappiness consumed him, until he devastatingly tried to end it all on his law office floor.

Once recovered it was imperative for him to write about his journey and to create a book for college kids to teach them to follow their own dreams. The book is an expose on loneliness, and the correlation to unhappiness and of course the heroic and arduous climb back to joy, bliss and unbridled glee. The second is a new and creative TV Series created by Scott Seargeant. Scott grew up with a family member that was marinated in the mental health system. Here he found the love and the humor of living in one’s own private world. His new show focuses on the genius of therapy and the healing when you’re in a shared community. Now I am working on “Never Alone” a new movie and movement with Deepak Chopra, Gabriella Wright and Michel Pascal for Suicide Prevention Worldwide.

New, profound and riveting information from our Medical Community is popping up in almost every magazine, guide and show today. Statistics, facts and numbers of suicide and mental health issues are staggering by any standard. There is no yardstick for such a number, how did this happen? One fact highlighted over, and over again is the focus on “The Written Word.” That’s right, writing can change the course of your health and the quality of your life. Profound information and facts are startling when we look at the power of the written word. Diaries, Journals, Love Letters, Books and even the Press share our thoughts, opinions, ideals, secrets, fantasies, desires, genius and dreams. We each, all of us, have the power to elevate and to illuminate our days. Simply by writing our thoughts we share our soul out loud, a place to see them, and to know they matter and mean something important, vivid and real.

Writing provides an enjoyable and safe way to explore and to express our feelings. Science has proven that when people write about what’s in their minds, they feel better and they just get healthier. Writing is a tool to move past negative emotions and to access positive thoughts. Reaching out thru writing whether it’s a letter, note, greeting card, email, or even a text makes us feel connected even when we can’t have a direct conversation. This is vital and even lifesaving in today’s modern world.

Articles, News and Media tell us loneliness is on the rise. TIME magazine reporter Justin Worland wrote in 2015 that a Brigham Young University study found simply “feeling alone” increased the risk of death by 26 percent, and that social isolation, and living alone caused even worse problems – increasing mortality risk by 29 to 32 percent. To put it in perspective, that’s equivalent to the increase in risk from smoking. To make things even more alarming, the number of people reporting loneliness has doubled since the 1980’s. We Can “and” We Have the Power, to turn that statistic around.

"Writing can prevent many of these feelings, and help people make a positive change within their lives."

“Writing is a gift. It is an art form and an expression of the mind, heart and soul, it is a call to humanity and an outreach of the desires and visions that dance within us all. From early days, man created instruments and hand carved tools to write on caves and stones, leaving a legacy of stories and secrets to be found and unfolded thru the universe and time. Writing compels us to go deeper and to read beyond the words.”

“Writing allows us to explore, to contemplate, to create, to dream, to imagine, to invent, to fantasize, to visualize and to pierce the veil of unknown, allowing us the fulfillment of our wishes, wants and dreams.”

“We are never alone when we write, all that we imagine comes to life, all the characters in our story, all those we've met, or those we hold dear can meet us there."

“Writing is the way station to the soul"

"A note in a bottle is a dream cast on paper and then guided by the stars. Writing is how we say hello, how we say goodbye, and it’s how we learn our names."

“The words we share happy, love, friendship, joy, laughter all, carry an energy of levity and spark a smile that we then radiate, to the world.

Writing in the sand on the beach, or etching letters on a dewy window pane, or on a page with a pen, or on the computer or your phone with the stroke of your hand, it's a calling from a perfect place, it’s your inner voice coming out to play and sharing its message,"

YOU – Have Something to Say

Nicole’s literary resume would make you smile. It opens with; “The first thing I wrote was the alphabet and then my name, after that words came quite easily” Her resume follows. Nicole’s resume is over twenty pages of credits all dedicated to her body of work and the craft of writing.

Nicole Brandon, CEO of Artistry in Motion and a talented actress/producer, has had an outrageously successful year. Producing three new television shows, completing a new book, starring in an original TV Series, and a Feature Film.
Additionally, Nicole was honored with the Presidential Humanitarian Service Award, and inducted into the Martial Arts Hall of Fame for the 7th time. Nicole was recently chosen by the “Best of Los Angeles Award” as one of L.A.’s “100 Most Fascinating People.” Now, Nicole looks deep within, reflecting on her thoughts as shares her perspective on the power of writing, and how it has awakened and influenced her life.