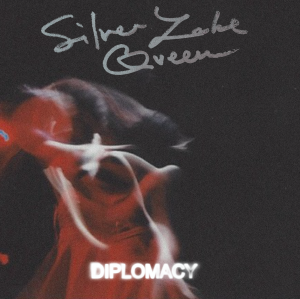 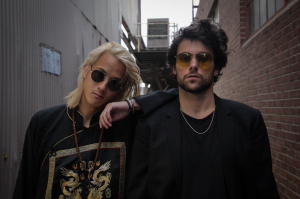 She’s the Silver Lake Queen, she’s a lucid dream. A gin martini and nicotine fiend. She’s a dark soul with a heart of gold. Got me jumping up whenever I’m told

LOS ANGELES, CALIFORNIA, USA, October 18, 2019 /EINPresswire.com/ — Bringing together two pop culture forces of nature, DIPLOMACY represents the creative union and longstanding friendship of acclaimed producer, singer, songwriter, and artist Elephante [aka Tim Wu] and actor Jack Falahee—known for the ABC hit 'How To Get Away With Murder'. The duo team up to deliver a dynamic and diverse take on alternative pop with rock ‘n’ roll swagger and dancefloor-ready charm. Today, they introduce themselves on the bold and bluesy banger “Silver Lake Queen.”

Billboard exclusively premiered the music video. About the song, the outlet claimed, “the bewitching chorus syncs perfectly to her sensational groove.”

Quite fittingly, a majestic and mesmerizing femme fatale who the guys met in Silver Lake (the birthplace of the project) inspired the tune. An arena-ready beat and loose guitar underscore hypnotic vocals as the track builds towards an instantly unshakable chorus.

Meanwhile, the music video centers around a talented dancer clad in a red dress and accompanied by other performers before eventually entrancing Wu and Falahee as they fall under her spell.

It ties in perfectly with the chant, “She’s the Silver Lake Queen, she’s a lucid dream. A gin martini and nicotine fiend. She’s a dark soul with a heart of gold. Got me jumping up whenever I’m told.”

Diplomacy has been a long time coming for these two buddies.

On the project Tim Wu says, “Diplomacy is about the reconciliation of opposing sides – past and present, old and new, organic and electronic, Michigan and L.A., and Asian and White. Jack and I grew up together, went our separate ways, and both found our way to L.A. to try to chase our dreams. The music and visual content we made is all about trying to create a reunion between our different paths to California, my electronic music as Elephante, and the music we loved growing up as well as songwriting and the visual storytelling that Jack has developed as an actor. It's about two kids from Michigan fulfilling their childhood dream of starting a band together, but coming from a place where we're older and have had time to develop our craft and creative community.”

Jack Falahee adds, "We want Diplomacy to be more than just a band. I think starting this project in our late 20s allowed us both time to mature as artists in our respective fields and hopefully has brought a more developed creative prospective to the project. For me, Diplomacy is in some way about the reconciliation of what Tim and I both bring to the table artistically to make the band reach it's fullest potential. We're both bringing different music, art, fashion and film aesthetics to the project that hopefully come together in a really interesting way to make DIPLOMACY."

It’s just the beginning. Get ready for more from DIPLOMACY very soon.