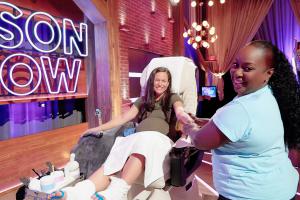 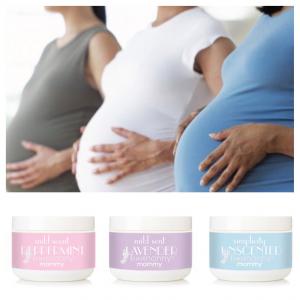 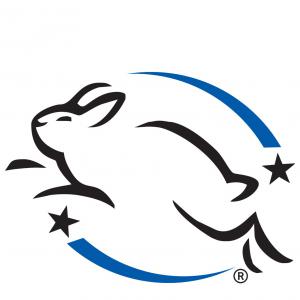 The Footnanny Brand is a Leaping Bunny approved cruelty-free certified company. All Footnanny products are manufactured free of animal testing.

I am certain that most things in the world can be fixed with a great massage.”
— Kelly Clarkson, host of "The Kelly Clarkson Show"

UNIVERSAL CITY, CA, US, October 30, 2019 /EINPresswire.com/ — On October 24, 2019, Kelly Clarkson, a three-time Grammy® Award winning singer/songwriter, mother and America’s original idol,and host of "The Kelly Clarkson Show, decided to "InstaGrant" one of her audience members who was 9-months pregnant to the best pedicure on the planet. Clarkson called Gloria L. Williams aka The Footnanny, the personal pedicurist for Oprah Winfrey.

“When I discovered Gloria, she was not doing cream, she was just doing feet,” said Ms. Winfrey. “She is the best pedicurist I have ever encountered.” Williams has been Ms. Winfrey’s pedicurist for more than 10 years.

To the studio audience's surprise, Williams made a grand entrance sitting on a Pedicure Throne. "It was an amazing experience to be the center of attention, but I was prepared to perform an unforgettable pedicure and old-fashioned rubdown as part of the audience member's wish," said Williams. "I used the Footnanny foot tub liners and basin manufactured by www.belava.com," she said. "This special on-the-air pedicure service was conducted with safety and the best sanitation set-up available."

Clarkson’s special audience member was pampered by Williams during the entire show hour. "I gave her my signature Footnanny 2000 Treatment with a pedicure and a Chanel Manicure," said Williams. "Kelly wanted nothing but the best for her guest." Footnanny 2000 Treatment is a customized technique that combines 2000 total strokes of Thai, Reiki, Reflexology and the old-fashioned rubdown. This is the ultimate level of foot-to-knee massage.

"I used my Footnanny Mommy Lite Lavender, Peppermint and Unscented Creams which are Leaping Bunny Approved," said Williams. Footnanny creams can be used on the entire body and the essential oil blend delivers a feeling of relaxation and care.

During the pedicure service, The Footnanny made a prediction of the expectant mom’s baby’s gender. "I believed her baby would be a boy based on her glow and the feel of her feet," said Williams. The mom-to-be had no clue about her baby’s gender and could not wait to find out if the Footnanny was right. One week after the show, the expectant mother delivered a boy.

"It was an honor to appear on a show that recognizes everyday people and beacons of hope in communities across America," said Williams. "My mission is to inspire others to pursue their dreams in the nail tech world and share my gift of the old-fashioned rubdown handed down to me by my dearly departed mother."

The Footnanny gifted the entire studio audience with Footnanny Rose and Tea Tree Creams which were two of O The Oprah Magazine’s Favorite Things 2014 and 2016 Holiday Collection. Shop for Footnanny Mommy Products at Macy's and Footnanny.com.

ABOUT GLORIA L. WILLIAMS AKA FOOTNANNY
Gloria L. Williams, the creator and CEO of footnanny.com, is a licensed nail technician, spa consultant, certified reflexologist, and product developer. She is the personal pedicurist for Ms. Oprah Winfrey. Her Footnanny cream was selected for the prestigious Oprah's Favorite Things List in 2014, 2015, 2016, 2017, and 2018. The Footnanny product line has been featured on Home and Family; The Talk; Good Morning America; the Valspar Golf Championship at the Innisbrook Resort; HSN; The View; The Shopping Channel Canada; and Amazon News. Williams gives back to several charities including Blessings in a Backpack, Kiva, and Soles4Souls: The Power of a Pair of Shoes Campaign through Footnanny Cares at www.footnanny.com. The Footnanny headquarters is in Southern California.

ABOUT KELLY CLARKSON
Kelly Clarkson, who recently announced her 2019 U.S. tour for her critically acclaimed eighth studio album, “Meaning of Life,” is among the most popular artists of this era with total worldwide sales of more than 25 million albums and 36 million singles. After winning season 14, Clarkson will return as coach for season 15 of NBC’s four-time Emmy Award-winning music competition series “The Voice.”

ABOUT THE KELLY CLARKSON SHOW
“The Kelly Clarkson Show” is produced and distributed by NBCUniversal Domestic Television Distribution with Alex Duda serving as executive producer and showrunner. Clarkson and Brandon Blackstock are also executive producers. The show will be taped in front of a live studio audience on the Universal Studios lot in Universal City, CA.