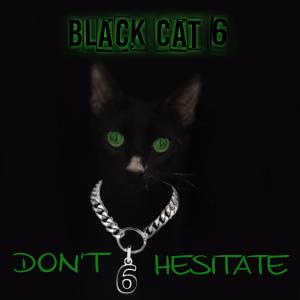 “Don't Hesitate” is the first single from the upcoming Black Cat 6 album “Scratching My Itch” due for international release from Declassified Records in November 2019. The music touches on the best of blues, prog, fusion and metal, with a contemporary edge that’s provided in part by the addition of an 8 string electric guitar. Classic yet modern, with a groove satisfying to music fans of all ages and tastes.

After relocating to Nevada, Neil Citron began doing sessions with drummer Luke Fattore on various recording projects both as a guitarist and producer/engineer. Immediately they hit it off and following the successful release of his latest album with “BangTower” and plans to tour on temporary hold, Neil began recording some basic tracks with Luke for a couple songs he'd recently written that were more vocal based rock. It became apparent very quickly this new music was something special. They enlisted bassist and label owner Jon Pomplin and the songs were added to and finished within a few weeks.

“Don't Hesitate” was engineered, mixed and mastered by producer Neil Citron at Hidden Fortress Studios, Las Vegas and will be available 10/31/19 on all major Digital music outlets including Amazon, CD-Baby, BandCamp, Apple Music, Spotify, Pandora, YouTube and others.

The new Single is officially released and can be found at the following locations: