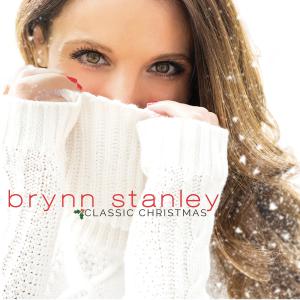 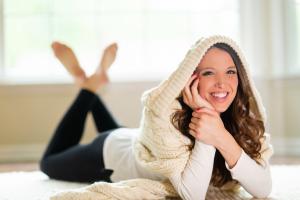 Brynn Stanley's sense of humor has always been one of her most appealing traits, and it's on bright display in the clip for "Santa Bring My Baby Back To Me."

What's the best Christmas album of all time? Ask a hundred people, and you're likely to get a hundred different answers. But if you've got a copy of Elvis' Christmas Album from 1957, chances are it's a cherished possession – and you're getting ready to dust it off for the coming holidays. The Elvis Christmas set is a landmark seasonal recording, and "Santa Bring My Baby Back To Me" is its racing heart. It's a song designed to appeal to fans of jazz, rock, pop, adult contemporary music, and everybody who loves the magical days of December. No wonder, then, that's it's been covered by artists as disparate in their approaches to pop performance as the Rolling Stones, Mae West and The Smithereens

To that distinguished list, add the name Brynn Stanley. The North Jersey Adult Contemporary singer was born to sing seasonal music: she's got a voice that's as tasty and appealing as a fresh-baked batch of sugar cookies. Stanley's devoted audience knows that nobody brings the cheer quite as effortlessly, or with as much effervescence, as she does. Her version of "Santa Bring My Baby Back To Me" retains the drive and sparkle of the Elvis original, and adds to it a playful and provocative quality that's entirely her own. The Stanley cover is gorgeously appointed with brassy backing vocals straight from an old 1950s transistor radio, an irresistible walking bassline, and a compulsively danceable backbeat. The finishing touch? A dazzling, fully-inhabited turn on the microphone by the principal, who makes these half-century-old words feel as contemporary and immediate as anything on the radio.

Yes, the holidays are on Brynn Stanley's mind: Classic Christmas, her latest set, features delicious jazz-pop versions of seasonal favorites, including "Rudolph," "Jingle Bells," and "Let It Snow." But there's also material on the set that's meant to be pure December fun, like the winking "Selfie With Santa." Stanley's sense of humor has always been one of her most appealing traits, and it's on bright display in the clip for "Santa Bring My Baby Back To Me." On a set festooned with holiday decorations in red and green, the singer waits patiently for the return of her beau – and she's not above occasional (and endearing) acts of impatience! We watch her wrap presents, bake cookies, sip from an oversized mug, trim the tree, and even toss a candy cane at the camera. She's always pretty as a Christmas card, but she's never quite ready to celebrate until the moment her man comes home.