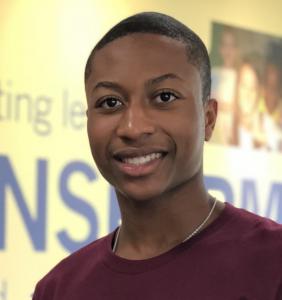 Crowned as Most Influential Youngster of the Decade 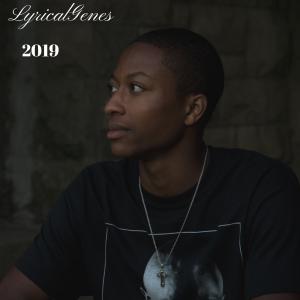 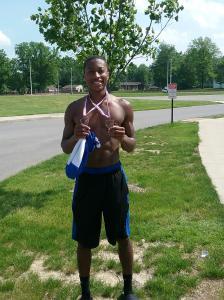 Music is a lot more than just words on a piece of paper or instruments for a beat. It's about telling your story that others can relate to.”
— LyricalGenes (Dana Burtin)

SOUTH EUCLID, OH, UNITED STATES, November 7, 2019 /EINPresswire.com/ — Dana Burtin (LyricalGenes) is known for his positive and motivational messages in his rap lyrics, but the side people do not see, is his business savvy will and drive to financially succeed in the music and entertainment industry.

With LyricalGenes's early success in his music career from winning awards such as: Best Music Video and Lyricist in the United Kingdom, Rapper of the Year, front page on Plain Dealer for best Poetry Writer, being featured on Fox 8 News with Christi Kapel and Wayne Dawson, and much more, Dana Burtin finds more satisfaction in giving than receiving. Associating himself with the legendary talent managers in the rock and roll industry, Dana Burtin learns from the likes of John Latimer and David Spero, a "rock-radio pioneer" in the 1970s and is a "high-profile" music manager and owner of the Cleveland office of Alliance Artists Ltd. Although, LyricalGenes is a popular personality, he prefers to remain grounded. For example, in high school (@ Notre Dame-Cathedral Latin) Dana Burtin won Homecoming King, broke multiple track and field records in the 60m and 200m indoor season, and breaking the 200m record and tying the 100m records for the outdoor season. As a result, Dana Burtin was interviewed and covered front page of the News Herald for his accomplishments.

Moreover, due to Dana Burtin's knowledge of what it takes to win in every aspect of the word, he decided to make a change in his career endeavors by building a company from the ground up that surpasses every label in the industry.

As of October 12, 2019 Dana Burtin officially launched his record label, Boyz II Business Entertainment, LLC. Becoming the CEO and Owner of his own business, creating his publishing company, Boyz II Business, and registering as an ASCAP songwriter, LyricalGenes’s qualifications separates him from the rest of his competitors. Getting his business approved by the government and ensuring all the “T’s” were crossed, Dana Burtin’s drive seems endless in his pursuit of business successful stability.

Dana states, “Boyz II Business Entertainment helps those who never had the chance to prove themselves, not just in music, but in life, to have an opportunity to demonstrate their talents and live out their purpose in life. My ultimate goal is to GIVE BACK to the people in any way necessary.” Dana’s clear intentions not only demonstrates how his label will run, but this reflects his positive character as well. For instance, in his song “Déjà Vu!” Dana Burtin states, “I’m not here for the popularity, I’m not here for the money. I just want to help one kid out of one hundred million, to me, that is better than money.” This shows Dana Burtin’s authenticity for caring for his people and those who work for him.

Boyz II Business Entertainment is a label that surpasses, not only signing artists/musicians, but gamers, actors, and is a sports agency for athletes. Acquiring many endorsement deals Dana Burtin is one of the youngest businessmen to become a millionaire.

With LyricalGenes’s company name being inspired by the late 80’s R&B group, ‘Boyz II Men’, and early 90’s hit movie, “Boyz n the Hood” Dana Buritn wanted to ensure that the ‘Boyz’ moniker was revived in his own unique style.

“Made a promise when I’m 18, I’ll be successful on the A-Team. And you got to get it on the high beam because hard work is a sightsee.” (“Automatic” by LyricalGenes) Dana Burtin certaintly has not broken his promise and will continue to be successful in the industry.

In addition, Dana Burtin used his Boyz II Business company to help start up another small business, CloZet Outlet, and became an author almost simultaneously, releasing a plethora of short stories and poems on all Amazon and Kindle platforms.