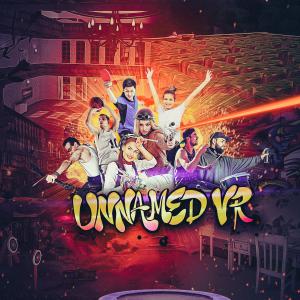 SAN FRANCISCO, CALIFORNIA, UNITED STATES, November 12, 2019 /EINPresswire.com/ — Launching November 21, 2019, Unnamed VR is an open-ended sandbox game in which the only goal is to explore and have fun in virtual reality. The immersive first-person VR game takes players inside a large realistic mansion where they can explore rooms and enjoy mini-games filled with adventure and fun.

Inside Unnamed VR’s “regular rooms” most things are interactive so you can pick up, juggle, throw or place any small object. The vases and plates break. The drawers and cupboards open. You can turn on and off the TV and play virtual DVDs.

There are also a number of “mini game” rooms, such as an Adventure Room with zip lines, trampolines and climbing walls; a Music Room, where you can play drums, a xylophone, guitar or beat box synthesizer; a Ping Pong Room; Archery in an old-west wooden stockade lit by torches; a Shooting Gallery with laser guns, photon torpedoes and heat seeking rockets; a Maze that reconfigures every time you enter, providing endless variation; a 3D Painting Room with realistic pallet and brushes; a Graffiti Room with spray paint cans; and a Toy Room with a building block vending machine and throwing darts.

At less than $1 per room, Unnamed VR offers great entertainment value and hours of VR fun for both new and experienced VR users. Whether you like to explore and play, climb or shoot, create art or music, Unnamed VR offers something for everyone. With intuitive interactions to walk, teleport, grasp items and climb, Unnamed VR has only one optional menu that allows you to directly transport to your favorite room and choose your hands’ skin tone. This makes Unnamed VR a great first-experience of VR that is easily accessible to young and old regardless of their experience level. VR veterans will also find dependable fun for a quick VR fix or extended play time, whether practicing shooting, creating art, challenging themselves to escape the maze or attain a new speed climbing time record on the 100-foot climbing wall.
Designed and developed by Paracosma Inc, UnnamedVR (www.unnamedvr.com) is available for the Oculus Rift/Rift S, HTC Vive/Vive Pro, Windows Mixed Reality and Valve Index VR headsets. Look for the special launch sale price of $14.99, discounted from $24.99, at the Oculus Store, Viveport, and Steam Stores.