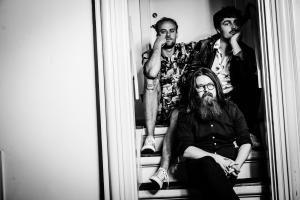 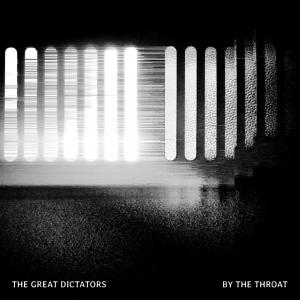 The Great Dictators – By The Throat

COPENHAGEN, COPENHAGEN, DENMARK, November 14, 2019 /EINPresswire.com/ — Watch the new video for "By The Throat" on Medium

Ingmar Bergman knew that a single head nod or nostril flare from an expressive actor can communicate more than hours of dialogue. In Winter Light, his acclaimed 1963 drama, he keeps his camera fixed unswervingly on the illuminated face of Ingrid Thulin, squeezing every ounce of emotion, ambivalence, and excitement from her expressions. The clip for “By The Throat” by the Danish rock band The Great Dictators doesn’t last for eight minutes (that’s the length of the Winter Light one-shot sequence), but it is in all other respects a re-imagining of Bergman’s famous scene. Instead of Thulin, directors Bjørn Rosenquist and Auto Slug Lizard Gag turn the camera on the face of model Mawa Abdillahi, and there it lingers for the duration of this strange and captivating song.

“By The Throat” demands a sensitive treatment from the directors. Everything about this record oozes mystery: the spacious arrangement and alluring melody, the pained but oh-so-magnetic performance by singer Dragut Lugalzogosi, and the strange noises that lurk in the shadowed corners of this mix. Those sound effects were supplied by a master haunter: Jamie Stewart of the offbeat American experimental rock band Xiu Xiu. Even before Stewart agreed to contribute to “By The Throat,” Lugalzogosi and the rest of The Great Dictators already considered him an inspiration and musical hero. Stewart recognized the Danish band as fellow travelers on a long and crooked road, and his sonic intervention has heightened the intensity of a gripping track.

One Eye Opener, the upcoming album from The Great Dictators, is full of songs like this one: mesmerizing songs that leave powerful impressions on listeners. The new set follows Women, a wildly impressionistic set of experimental pop and rock tracks that won the band international acclaim upon its 2016 release. The Great Dictators have frequently paired their songs with audacious videos – clips that demonstrated the band’s deep love of fashion, art, film history, and pure visual provocation. “By The Throat” is an extension of those impulses and the most complete realization of the band’s cinematic aesthetic. They’ve picked an accomplished collaborator in Rosenquist, a young Danish photographer whose creative shots have already won him awards and marked him as an artist on the rise. Mawa Abdillahi, too, has lent her relaxed glamour and striking looks to fashion shows a succession of ad campaigns. Together, they’ve made the best kind of tribute video: one that nods emphatically to the past but looks bravely toward the future.