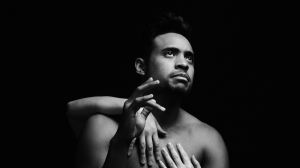 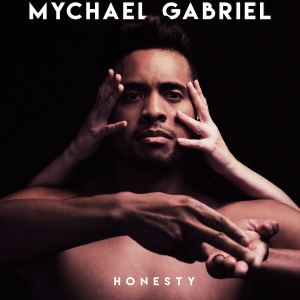 Songs like "Honesty" are sure to burnish his reputation and establish him as mandatory listening for anybody with a taste for explosive pop-funk.

A true artist must have the ability to establish their own identity. First and foremost, there has to be proof of talent and expertise. We know they will put the artistry first – they'll have the funk in place, of course, but also a unique and dynamic style of composition, arrangement, and musicianship. We can expect them to have a terrific sense of style, a knack for presentation, and an understanding of the power of showmanship and the possibilities of visual evidence. A musician from the inner circle of the Minneapolis Sound will never be shy about demonstrations of sensuality – they know that that's an intrinsic part of the art, and won't flinch from expressing themselves or their desires.

Now, Mychael Gabriel is very much his own man: he's always called the shots in his career, and he's developed into a singer, songwriter, and guitarist whose style can't be mistaken for anybody else's. Nevertheless, his roots in the history of Paisley Park are apparent (who could deny them?), and he's shown himself to be a worthy herald of great things to come. The still-young musician has already made a name for himself as the music collaborator for the legendary percussionist and Prince ally, Sheila E. Songs like "Honesty" are sure to burnish his reputation and establish him as mandatory listening for anybody with a taste for explosive pop-funk.

"Honesty," written, performed and produced by Mychael Gabriel, is his latest single. It is both a continuation and a refinement of the musical ideas he introduced on the propulsive "Ghost In The Midnight," the track he released earlier this year. "Ghost" was slinky and swaggering; "Honesty" retains the dizzy rush of its predecessor but turns up the slow burn. Mychael Gabriel has something to say about candor, and urgency, and the interaction between forthrightness and fantasy. Because he's a skilled composer, the song builds from a slow, amphorous groove to a magnetic chorus. Because he's an incendiary musician, he caps the song with a lightning flash of a guitar solo.

That guitar is out and in his hands in the radiant clip for "Honesty" – and that's about all he's wearing. That may sound revealing, but most of the piece is shot from the torso up. As the star is bathed in gel lights, a pair of female hands wrap around him and caress his shoulders and neck. In other words, the video wears its raw sexuality plainly but does so in a way that's completely unobjectionable. His nakedness is alluring, but it's also a powerful metaphor for his humility, and his struggle, and his reflexive honesty. The saga known as the Minneapolis Sound continues, and sure all followers will approve.