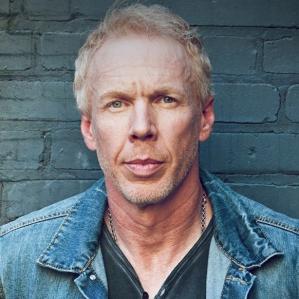 Your child will build their own life, and while you might not be holding their little hand every step of the way forever, you can still dream of those days.”
— David "Ace" Cannon

CHARLOTTE, NC, UNITED STATES, November 21, 2019 /EINPresswire.com/ — Putting to words and music the heart-stirring realization that Daddy’s little girl is growing up is the softer side of David “Ace” Cannon, one-half of the Charlotte, N.C.-based syndicated morning show, The Ace & TJ Show. He may be best known for his fun-loving on-air character, but the radio veteran shows he’s also a real country rocker in the remarkable “Maggie May Dreams” out now via The Orchard on Playroom Records. The song was inspired by Cannon’s cherished memories of singing his baby daughter to sleep with the classic Rod Stewart song, and of those bittersweet moments when a father sees glimpses of the woman his baby girl will one day become.

“I give your hand to another man, but not before one last dance,” Cannon emotionally sings, imagining the moment before a father-and-daughter wedding dance. “Maggie May Dreams” uses bright guitar strums, flush mandolin riffs and poignant lyrics to seal the unbreakable love between a father and his daughter. The song is co-written by Eddie Z, who also produced the song and performed all of the guitar and mandolin parts.

This isn’t Cannon’s first foray into music; he’s been performing with the band Charity Case for nearly 20 years. Charity Case started out as a radio bit, but now solely exists to raise money for Grin Kids, a 501(c)(3) nonprofit that provides all-expenses-paid, five-day experiences at Walt Disney World for children between the ages of 5 and 12 who are terminally ill or chronically disabled and their immediate family. Charity Case has raised over $1.2 million dollars since 2000.

“This song is so personal to me,” Cannon said. “But it expresses a universal theme that any parent can connect with. It’s about those moments of realization that your child is growing up and no longer dependent on you. Your child will build their own life, and while you might not be holding their little hand every step of the way forever, you can still dream of those days.”