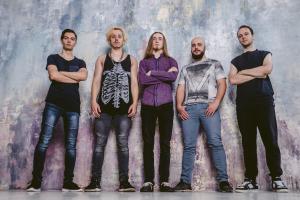 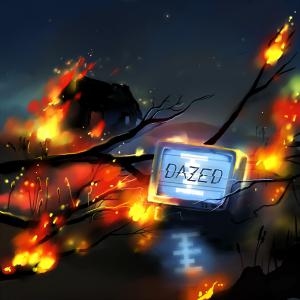 From the opening shot of a TV being smashed, this video will make you think… hard.

Ah, Russia – home of potatoes, vodka, and… underground metal? Yep, you heard that right: since their first gigs in 2013, Tiavara has been melting faces in Korolyov, Russia – and now they’re ready to bring their melodic metal worldwide.

Brothers Tikhon (vocals) and Danila (drums) Pachin first conceived the band as a school project, playing covers before developing their own style. Influenced by metal classics and modern favorites (Lamb of God, Slayer, Bring Me The Horizon, System of a Down, Godsmack, Five Finger Death Punch, and Devildriver), they create a sound that blends melodic groove metal with clean vocals. The Pachin brothers are now joined by Alexandar Bogdanov (rhythm guitar), Rost Prus (bass), and Rodion Kotov (lead guitar). They have released three albums: Never Silent EP (2015), When Sheep Dream Of Paradise (2016), and Delusional Tales of Grand Intentions (2018). Their first show was a DIY gig in a language school basement, and they’re now here to grab the ears of metal fans everywhere: the single “When Silence Reigns” premiered on Metal Nexus, and the album premiered on DECIBEL magazine.

So what’s next for Tiavara? Their goal is clear: to become a professional band with a large, worldwide following, and play legendary venues like Madison Square Garden. How do you get there? Well, you need to experiment – and on their newest single “Dazed,” Tiavara is infusing more energetic – almost rapping – vocals to create a more driven sound.

Danila explains, “The main issue we are trying to address in ‘Dazed’ is the problem of viewing a distorted reality through the prism of biased TV coverage and other media.” Although it’s easy to get information from multiple sources nowadays, propaganda is still easy to find – especially on TV, which influences the public’s opinion on life, politics, and morality. The “Dazed” music video was filmed over four days in Korolyov, with street scenes shot around the town park, and the band filmed in an abandoned warehouse hall. From the opening shot of a TV being smashed, this video will make you think… hard.