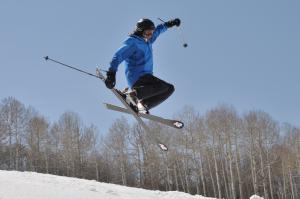 Nuke The Soup – Feed The Fire 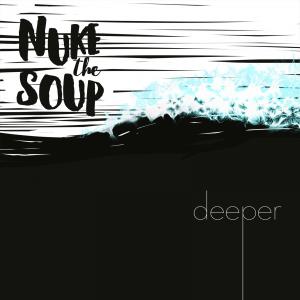 A longtime participant in skiing, windsurfing, and kiting, it was natural that he'd write a song incorporating all three of those sports.

Fiercely independent before it was cool, Mark Davison – formerly a founding member of Cubic Feet and now the frontman of Nuke the Soup – knows what it means to make a statement. On the band's 2018 album Deeper, they meditate on politics, global warming, commercialism, personal relationships, and the state of our world. Deeper is here to make you think – and thinking can be damn uncomfortable.

And when Nuke the Soup brings things to the screen, you can be sure [you'll have a good time]. While he was working on the words and music that would eventually become Deeper, Davison was also embarking on a series of trips with friends and family that played into what's now the new video "Feed the Fire." A longtime participant in skiing, windsurfing, and kiting, it was natural that he'd write a song incorporating all three of those sports, "especially considering those activities could be considered to be Nukin' the Soup."

Nuke the Soup often brings Caribbean influence to their music, and the ska beat of "Feed the Fire" was a natural fit with all the adrenaline-packed action. Davison says that "it's always exciting to me when I see snow falling or it's windy" – and that excitement bleeds all the way through on-screen. After opening with a scene shot in the snowy, quiet Fernie, BC – a town that's not unlike Bedford Falls in It's a Wonderful Life – "Feed the Fire" focuses on three athletes, one from each sport: professional ski guide Kieren Gaul (Rossland, BC); windsurfer Andy Pusch (Cabarete, DR); and professional kiter Georgina Monti (Cabarete, DR). No matter what time of year it is or where you are on the globe, "Feed the Fire" will get you up off your seat and ready to groove.