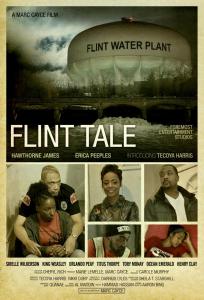 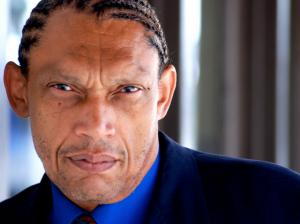 Veteran Actor Hawthorne James leads the top cast of Flint Tale, which was eligible for an Oscar and NAACP Image Award Nomination. James has starred in the classic films, “Five Heartbeats” and “Speed.” 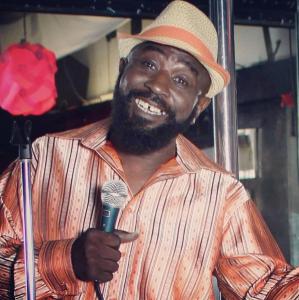 Miami’s own Actor/Comedian Henry Clay co-stars as Uncle Clyde in the Marc Cayce Feature Film, “Flint Tale” that premieres at the Miami Improv on February 3. Director/Writer Marc Cayce and Producer Marie Y. Lemelle take on a tragic situation to raise awareness about the ill effects, mentally and physically, caused by the Flint Water Crisis. Flint Tale is an unapologetic look into a family affected by the toxic water.

Foremost Entertainment, founded by Marc Cayce, is a Los Angeles-based film production company. Its fundamental purpose is to develop and produce marketable film, television shows, music and other entertainment products.

I wanted to make "Flint Tale" to remind the world that the Flint Water Crisis continues and the tainted water is still causing illness and death since it began in 2014.”
— Marc Cayce, a Detroiter and USC Film School alumnus.

For show tickets and parking information, call (305) 441-8200 or visit www.miamiimprov.com. More information about Copper Blues, go to www.copperblueslive.com/miami/. ID is required. All guests must be 21 years or older.

Flint Tale is about one of the whistle blowers who reported that the local drinking water was contaminated with lead. The discovery created a wave of national controversy and outrage against the local government officials and water district for their lack of action and remedy to manage the health crisis. The 95-minute drama sheds a necessary light on the ongoing Flint Water Crisis.

Cayce, who hails from Michigan, took on this controversial topic in the best platform he does well – filmmaking. "This is a political and conscious story that I decided to fictionalize in a narrative feature film to depict some of the sad realities that continues to plague the Flint, Michigan community," said Cayce. I wanted to make "Flint Tale" to remind the world that the Flint Water Crisis continues and the tainted water is still causing illness and death since it began in 2014."

The Flint drinking water contamination began in April 2014 when Flint changed its water source from treated Detroit Water and Sewerage Department water, sourced from Lake Huron and the Detroit River, to the Flint River. Officials failed to apply corrosion inhibitors to the water. Five years later, the crisis continues.

"It is the ONLY feature film about Flint, Michigan that was actually shot on location," said Cayce, a graduate of USC School of Cinematic Arts. "It was important for me to give audiences the real Flint and illustrate the struggle in the community." Cayce goes on to add, "We were so close to resurrecting dialogue about the Flint Water Crisis and garnering support from corporations and the government." Flint Tale was eligible for the 2019 Oscar consideration.

One of the co-stars is Miami's own actor and comedian Henry Clay aka "W.W.B.C." which stands for "World's Wildest Black Comedian" is one of the hottest stand-up comics emerging from the South Florida comedy scene. W.W.B.C. is a true testament of turning his life around. After spending a decade in prison, he sharpen his comedic skills and upon his release, took his comedy on the road and performed in national and international venues including comedy clubs, colleges, Alaska for the U.S. military and Nassau, Bahamas. He has appeared on BET's long-running comedy show, "Comicview."

"This movie premiere will launch my "From the Cage to the Stage" comedy tour," said W.W.B.C. "The tour will showcase comedians who have served time or served as correctional officers." W.W.B.C. is on a mission to show that you can be rehabilitated and use the gift of comedy for acceptance. This is Clay's fourth film with Director Marc Cayce who also filmed Haitian Nights, which was shot in Miami and produced by Dr. Rudolph Moise, a prominent physician and lawyer in the Miami-Dade County.

The top cast is led by "Speed" and "Five Heartbeats" star Hawthorne James (Daniel Hartwell) with Michigan native Erica Peeples (Poppy Hartwell), Henry Clay (Uncle Clyde) and introducing Tecoya Harris (Chasity Hartwell). "I am a Detroiter and we look out for our own," said Cayce. "My team scouted for popular locations such as MoPete's and Angelo's to shoot Flint Tale and my casting director Marie Lemelle and I cast natives of Flint, Detroit for speaking roles not just background to bring the authenticity." The then-Flint Mayor Karen Weaver (Term from 2015 to 2019) believed in the Flint Tale movie and made a special appearance in the movie.

Award-winning Actress Peeples was honored for her work as the Honorary Grand Marshall for the 200th anniversary of the city and county of Mt. Clemons, MI and Macomb County. Mt. Clemons is her hometown.

The Flint Tale team of producers are Executive Producer Cheryl Rich, an entertainment industry veteran and a more than 20-year active member of the Aim4TheHeart.org and a former board member for the Pico Youth and Family Center; Producer Marie Lemelle, the founder of Platinum Star Public Relations, former City of Glendale Commissioner for the Commission on the Status of Women, and film and PPV producer; Co-Producer Carole Murphy; Associate Producers Tecoya Harris and Shacola Thompson.

"This is my 7th film and truly a labor of love," said Cayce. "I am excited to continue the legacy of USC and my mentor the late, great filmmaker John Singleton for bringing authentic stories to the screen." In 2019, Cayce completed two additional feature films, "Sasha Lanes" and "A Day of Trouble" to be released on Netflix.

More details about Flint Tale is available on IMDB.

FOREMOST ENTERTAINMENT is a Los Angeles based film production company. The fundamental purpose of Foremost Entertainment is to develop and produce marketable film, music and other entertainment products. Foremost achieves this goal through its production of independent feature films and scripted and reality television shows.