Those who have no record of what their forebears have accomplished lose the inspiration which comes from the teaching of biography and history. 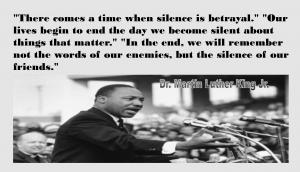 “There comes a time when silence is betrayal.” “Our lives begin to end the day we become silent about things that matter.” “In the end, we will remember not the words of our enemies, but the silence of our friends. 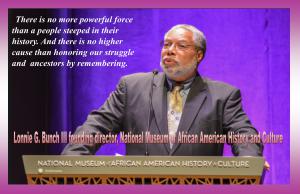 There is no more powerful force than a people steeped in their history.. And there is no higher cause than honoring our struggle and ancestors by remembering.

Those who have no record of what their forebears have accomplished lose the inspiration which comes from the teaching of biography and history. ”
— Dr. Carter G. Woodson Father of African/American History

In researching Memphis African/American history to make his film Elmore came to realize that Memphis plantation culture is his major obstacle in telling the correct Black history of Memphis. Dr. Carter G. Woodson the Founder of African/American history month created an organization called ASALH: Association for the Study of African American Life and History. The mission of ASALH is to promote, research, preserve, interpret and disseminate information about Black life, history and culture to the global community.

What was shocking and disturbing in researching the Memphis Chapter of ASALA Elmore came to learn that the National Chapter of ASALa held its National Convention in Memphis in 2014 at the Memphis Peabody Hotel the "South's Greatest Symbol of Plantation life and Culture in American history." Elmore in a horror thinking how could Racist Whites extricate Black Memphis history and Negroes in Master's house celebrating on the the plantation.

While Elmore wrote the Executive Director of ASALH Sylvia Y. Cyrus via a "formal complaint" noting that the Memphis Branch of ASALA betrays the spirit of Dr. Carter G. Woodson via their silence regarding the extrication of Black Memphis History. Elmore notes that the National Chapter of ASALA is in concert with the silence of the Memphis chapter.

Dr. Martin Luther King said: “"There comes a time when silence is betrayal." In regards to Black Memphis History Elmore notes:Black Memphis Scholars are Complicit in White Supremacy and Racism and remain silent regarding this issue.

Elmore is a Memphis born 5 Time World Karate/Kickboxing champion who was listed in the 1983 issue of Memphis magazine as one of the most 100 influential Memphians. Elmore was the 1st to bring E.S.P.N. to Memphis. Memphis Congressman Steve Cohen honored Elmore on the Floor of Congress for his efforts of developing culture and trade between Memphis and Africa.

Anthony “Amp” Elmore is Memphis 1st Independent filmmaker in that Elmore was the 1st Memphian to produce a 35mm Theatrical Release titled “The Contemporary Gladiator” in 1988. Elmore in honor of “Memphis 200th Bicentennial Celebration” produced the film “200 Years of Black Memphis History.”

Elmore in researching Memphis African/American history Elmore learned that among the first authorized Black Union Soldiers, many came from Memphis, Tennessee. It was Tennessee Soldiers who suffered the worst fate in the Civil war. Elmore explains that in the same area where Dr. Martin Luther King Jr. was killed in 1968 Blacks people suffered a greater tragedy in the “Memphis Massacre of 1866” that lead Congress to adopt the 14th Amendment.

Lonnie G. Bunch director of the African/American museum on the mall of Washington D.C. write; "There is no more powerful force than a people steeped in their history.. And there is no higher cause than honoring our struggle and ancestors by remembering." Anthony "Amp" Elmore understands that his role as Memphis first African/American Filmmaker is vitally important to the growth and development of Memphis, Tennessee.

While Black Memphis scholars are silent regarding the extrication and racism of Black Memphis history Elmore may find a glimmer of hope via White Memphis Congressman Steve Cohen. Memphis Congressman Steve Cohen has been Elmore's most avid supporter. Elmore in the movie tells how Memphis 1st Elected African/American Mayor W.W. Herenton via the 2010 Griffin/Strong Disparity study had the worst record of African/Americans in doing business with a city in America. Mayor Herenton was against culture, trade and family with Africa. Elmore explains that under African/American W.W. Herenton he faced the worst of Black on Black Racism.

Elmore's film "200 Years of Black Memphis History" is a documentary created by Elmore to honor Dr. Martin Luther King in the African/American struggle. Elmore notes that we must tell our nation about the continued racism and White Supremacy in Memphis. While Elmore is Memphis first 35mm Independent theatrical released filmmaker, the Memphis Film and tape commission never acknowledged, associated, Included, invited Elmore to anything film related in 33 years. Elmore calls this the "Nigger Treatment."

Elmore met with Lynn Sitler head of the Memphis/Shelby County tape commission and Ryan Watt head of "Indie Memphis." Elmore expressed the meeting as another case of White Supremacy and Racism. Elmore created the movie Robert "Hollywood" Raiford Black America U.S.A. in 2017 and Elmore released the film "200 Years of Black Memphis History" in May of 2019. Elmore never received a mention or consideration.

In 2019 African/American Filmmaker Tyler Perry while being ignored by Hollywood opened a 300 acre Theatre in Atlanta. Spike Lee in his 1988 movie "Do the Right Thing" hired the rap group "Public Enemy" to do the sound track. Public enemy challenged the Memphis Elvis White Supremacist culture. Spike Lee heads the Cannes Film Festival in 2020. Also in 2020 Public Enemy will achieve the grammy lifetime achievement award.

Memphis 1st Independent Black Filmmaker is reporting to the nation about White Supremacy and Racism in Memphis.