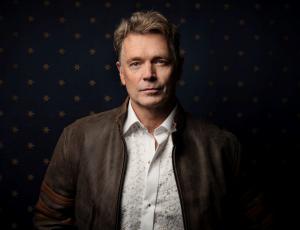 In addition to his extensive acting and music career, John Schneider co-founded the Children's Miracle Network in 1983.

John was truly an amazing man who loved and was loved.”
— John Schneider

NASHVILLE, TN, USA, February 8, 2020 /EINPresswire.com/ — John Schneider has issued a statement regarding the untimely passing of John Lauck, President and CEO of Children's Miracle Network Hospitals, who passed away on February 7 due to complications from a tragic bike accident.

"John was truly an amazing man who loved and was loved,” says Schneider. "No one ever knows when they will go on their last bicycle ride, walk in the park or flight. Love one another and tell each other so. You were a great man, a visionary, a friend. We miss you dearly.”

In lieu of flowers, Children’s Miracle Network Hospitals is accepting donations in Lauck’s name at ChildrensMiracleNetworkHospitals.org.

About John Schneider:
One of the most beloved and recognizable faces in America, John Schneider’s extensive acting career includes the iconic roles of Bo Duke on "The Dukes of Hazzard," Jonathan Kent on "Smallville" and Jim Cryer on his current series, Tyler Perry's "The Haves and the Have Nots" – the #1 primetime series on cable on Tuesday nights. John was also a fan favorite on "Dancing with the Stars" in 2018. In addition to his incredible acting career, John has over 20 albums to his credit and five #1 singles, incluing the current hit, "These Hands," with Cody McCarver. For more info on John’s current projects, tour dates and more, visit www.johnschneiderstudios.com.