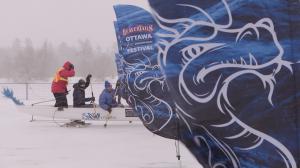 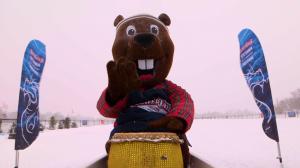 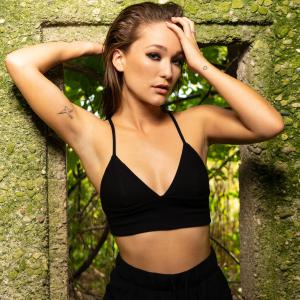 Despite winter bringing its full fury upon the Nation’s capital, spirits and competition were high culminating in the festivities of the annual ODBF Shiver and Giver fundraising races. Held under the night sky the race course is lit with LED lights. Races were decided with hometown teams Fleet of Foote Lightning and Chinatown Snowboat claiming 1st and 3rd in the Mixed Division; and the predominantly BC based Dragon Zone Fire Dragons claiming 2nd in the division. This hometown dominance would not carry through into the Woman’s Division though as Vermont Fire and Vermont’s Lucky Iceholes took 1st and 2nd respectively with Alberta’s Coulee Classic Ice Dragons claiming 3rd.

As the competition heats up and the temperatures drop audiences and athletes will enjoy a presentation by 100th Regiment of Foot and performances by Sébastien Lemay, Royal Princesses. World Champions will be crowned in a closing awards ceremony held tonight followed by free indoor concerts from headliner Kira Isabella. Kira will lead an all Canadian lineup that includes performances from Silent Winters, Boyhood, and DJ Noypi hosted inside the pavilion at Lago | Bar | Grill | View. Kira Isabella is an award-winning performer who has landed three Top 10 singles on the Billboard Canadian Hot 100, and eight consecutive Top 20 radio singles. Her current single, “Soon,” is climbing the Canadian country music charts. Kira has also seen key milestones including the opening performance on the CCMA Awards, with a tribute to her idol and the Award show host Shania Twain. Kira is a home town favourite that will delight the festival’s and bring the festivities to a spectacular conclusion!

The BeaverTails Ottawa Ice Dragon Boat Festival is the largest ice dragon boat race in the world and a highlight of Winterlude. The event provides an East-meets-West experience that honours the roots of dragon boating as a Chinese sport and combines it with Canadian winter sport culture.

The Festival was Winner of the 2018 Ottawa Tourism Award for New Company of the Year and hosted the 1st IIDBF World Club Crew Ice Dragon Boat Championship in 2019.