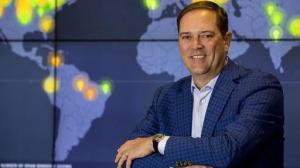 Chuck Robbins, the CEO of Cisco 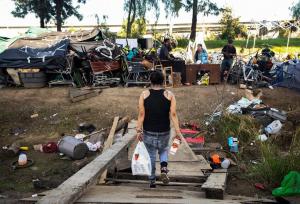 Homeless in San Jose, capital of the Silicon Valley. Chuck Robbins, CEO of Cisco, will receive the Visionary Award for using his platform of influence and funds towards the alleviation of homelessness.

Welcome to Cinequest! Come join us for the fun, exciting, and affordable Cinequest Film & Creativity Festival in San Jose and Redwood City, March 3rd to 15th.

The commonality is creativity and a commitment to open access and opportunity to all people. Our team is very excited to produce and unveil the thirtieth edition of this vision.”
— Halfdan Hussey, Co-Founder & CEO of Cinequest

SAN JOSE AND REDWOOD CITY, CA, USA, February 13, 2020 /EINPresswire.com/ — Welcome to Cinequest! Come join us for the fun, exciting, and affordable Cinequest Film & Creativity Festival in San Jose and Redwood City, March 3rd to 15th. For 2020, we picked the theme Elation; an apt description of the experiences, events, and community cohesion that will stir and uplift your hearts, spirits, and minds.

"What differentiates Cinequest started from its founding team being a dynamic combination of artists, technologists, and leaders. You’ll find this reflected in our Leadership Council which includes legendary innovators Steve Wozniak (co-founder Apple Inc.) and Marty Cooper (father of the cell phone), as well as producers, writers, educators, and entrepreneurs. The commonality is creativity and a commitment to open access and opportunity to all people. Our team is very excited to produce and unveil the thirtieth edition of this vision." Halfdan Hussey, Co-Founder & CEO, Cinequest

Comedic genius John Pinette, and, in the tradition of all Cinequest Opening Nights, we will be celebrating the premiere with special guests, artists, creativity, inspiration, and so much more. Famed comedian, Matt Donaher will lead the screening with a ten-minute live set.

Cinequest has a rich history of presenting inspirational stories that depict the positive impact one person can have on many lives. In 2020, We continue this tradition with the World Premiere of Resistance, the powerful retelling of the story of Marcel Marceau and his incredible efforts to save lives during WWII.

Long before finding fame as mime Marcel Marceau, aspiring actor Marcel Mangel (played by Academy Award nominee Jesse Eisenberg, The Social Network) was already something of a hero. During WWII, Mangel joined the French Resistance to save the lives of thousands of children, orphaned by Nazis campaign of destruction and conquest across Europe. Marcel had no intention of getting involved in the war, but his life was thrown into upheaval and intentions fell by the wayside when he was recruited into the French Resistance. Putting his acting skills to use, he taught orphaned Jewish children how to survive the horrifying reality of the Holocaust. Co-starring Academy Award nominee Ed Harris (Apollo 13, The Hours), Resistance tells the revolutionary story of how one selfless act can—and would—change countless lives forever.

Powerful, mesmerizing, and completely unforgettable, Resistance is an untold true story sure to move your heart. Although the devastating atmosphere of WWII hangs over the story, ultimately Resistance brings joy—culminating this year’s festival with the theme of elation in the ideal way. A special conversation with Venezuela’s beloved director Jonathan Jakubowicz (Hands of Stone: the story of Latino legend Roberto Duran) follows.

CREATIVITY EXPERIENCES
The format of the creativity experiences at Cinequest 2020 will be two-fold:

Live performances of Comedy, Dance, Fashion, Music and more, preceding film premieres at the California and Hammer theatres. Full lineup of performers available on www.cinequest.org. Standalone events and programs such as “Poets N Film” and the VR & AR showcases.

THE MARK OF ZORRO | ONE WEEK

What’s New At Cinequest?
Using Our Platform for Social Consciousness

Port of Destiny with Pattie Sellers & Chuck Robbins
Cinequest is leading the way to tell the narrative of homelessness and the people who are solving it. Leveraging its position as the Silicon Valley’s legendary media technology institute and the producers of the Cinequest Film & Creativity Festival, Cinequest will showcase and honor media and leaders that are not just communicating the issue of the homeless but also alleviating it. On March 9, 2020, Cinequest will present its Visionary Award to Cisco CEO Chuck Robbins for his inspiring work to use his platform of influence and funds towards the alleviation of homelessness. The Award will occur after the screening of Cinequest showcased movie, Port of Destiny: Peace the story of Nobel Prize Winning, former President of Columbia, Santos who sacrificed his position to help the homeless in his nation. Esteemed journalist and leader Pattie Sellers (Fortune Women's Conferences) will moderate a conversation with Mr. Robbins coinciding with the Award Presentation. Please watch The Story of Cinequest video.

The Story of Cinequest