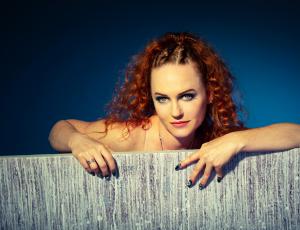 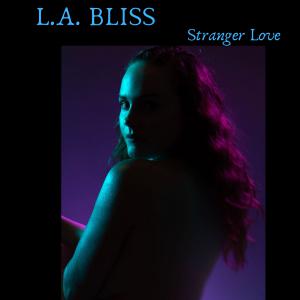 It’s not always easy, but putting your own worth first means finding the people who truly value you.

To outsiders, Los Angeles promises a particular kind of bliss: sun, sand, action, long and fast drivers on the freeway, art and music, romance, the sheer intoxication of hedonism, and abandon. Those who love L.A. are drawn to those blissful encounters. Yet everybody who really knows Southern California recognizes that there’s a dark side to each pleasure, and shadows in the brightest valleys. Lisa Chambliss – the pop singer-songwriter who records as L.A. Bliss – makes music that represents her adopted and beloved city in full. It’s immediate, delirious, and glamorous, but it contains dangerous undercurrents too. The thrill of going too fast, the pain of being loved more by a stranger than your own family, the danger of believing too fully: it’s all there.

Take “Stranger Love,” her latest single, and the title track to the project of the same name. With its rapid-fire chorus, its thunderous beat, its instantly memorable melody, and its honeyed support vocals, the track feels like a sonic manifestation of California sunshine. But it’s also a statement of autonomy and self-affirmation from a singer finding her way in the world and taking control of her life, as she learns to stop attracting the unhealthy relationships that feel familiar, and learns to attract healthier people. It’s not always easy, but putting your own worth first means finding the people who truly value you.

L.A. Bliss’s discography is full of tales of assertiveness in the face of obstacles, journeys, searches for self. In a way, she’s telling her own story. As a girl, like so many other small-town aspirants, she dreamed of making Los Angeles her home and the entertainment industry her destiny. She’s struggled, she’s persevered, and now she’s here. The Stranger Love EP will reflect her new relationships and her journey to be where she is today.

Video director Tinks Lovelace is another young woman with big ambitions and the talent to realize them. She’s part of a new generation of independent female filmmakers in Los Angeles who are determined to tell women’s stories without the mediating influence of male editors. In other words, she’s a perfect match for L.A. Bliss, who has also made her own way. Lovelace’s clip for “Stranger Love” video is a portrait of the pop singer in full summertime bloom: sunglasses on, wind in her hair, cruising the California coast in a white Volkswagen convertible. Yet she’s also quite literally ridding herself of baggage from past relationships – she carries a suitcase of mementos, letters, and photographs, and she’s ready to set them ablaze under the Malibu sun.