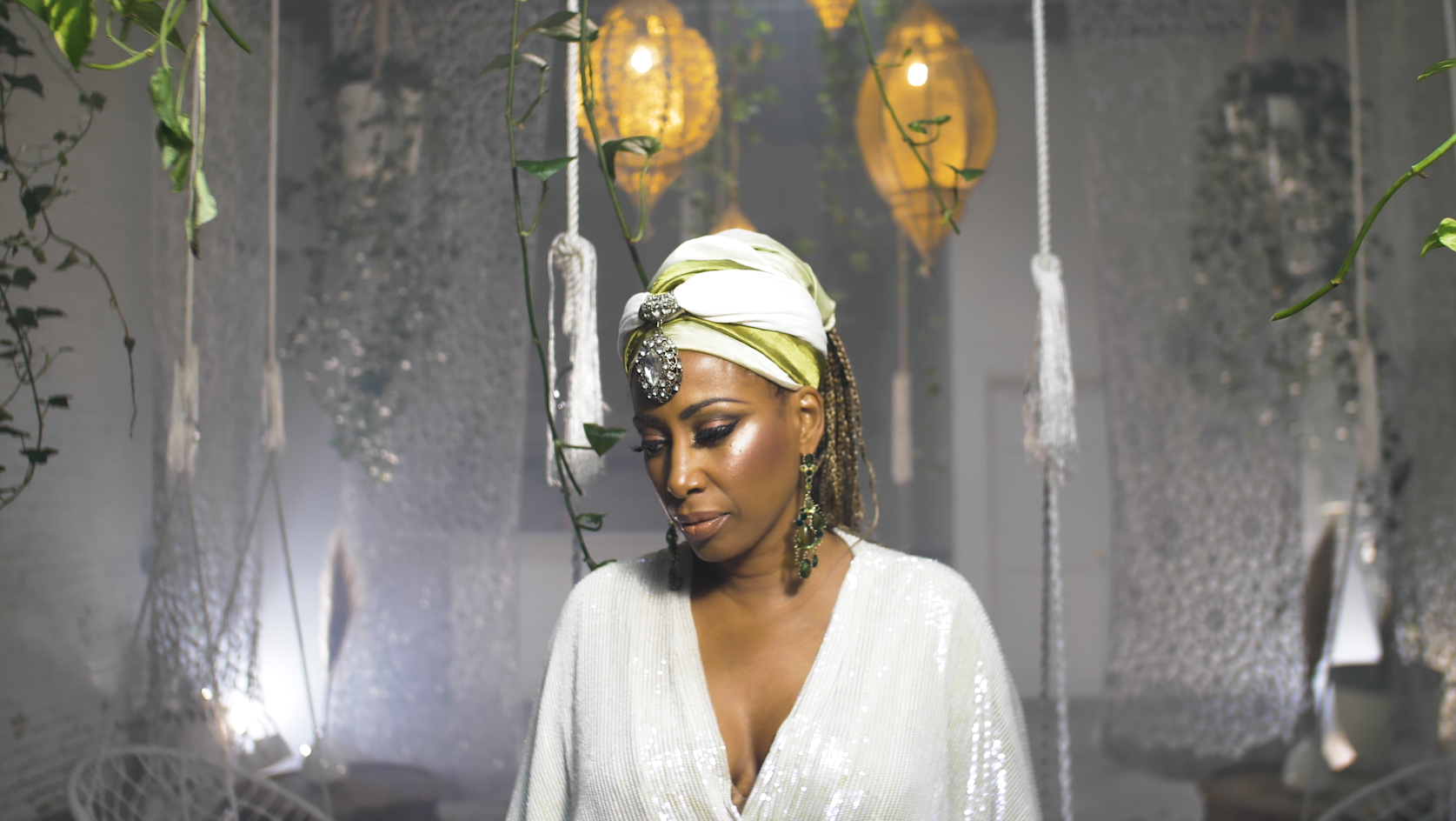 Like everything Beauvoir lends her voice to, “Papa Damballah” is also powerfully cinematic.

In Haitian Vodou, there’s no Loa, or cosmic force, more central than Damballah. He’s the great snake: the creator deity who made the sky, the hills, the water, all living things and, finally, the human race. Damballah governs both mind and spirit, which makes him a natural patron for artists. Consequently, Damballah has been celebrated in dance, in visual art, and, quite often, in song.

Malou Beauvoir might be based in New York City, but the singer-songwriter is Haitian to her roots – and when she raises her voice in celebration of Damballah, she does so with total conviction and authority. This is not merely literature or mythology for her: this is her culture, legacy, and heritage. Her dazzling artistry is an amalgam of American pop and soul, pan-African rhythms, and Haitian folk, and contains within it a message for humanity.

When she sings, the world feels borderless. Her sonic entreaty to Papa Damballah is firmly grounded in the tradition of her spiritual homeland: it nods toward musical prayers to the great creator by Toto Bissainthe and Raoul Guillaume, two of the most celebrated singers in Haitian history. It’s fair to say that Malou Beauvoir’s version of “Papa Damballah” builds a new and modern Vodou temple upon the foundation of Guillaume’s breathtaking original.

Like everything Beauvoir lends her voice to, “Papa Damballah” is also powerfully cinematic. When the award-winning documentary filmmaker Suzan Beraza needed a song to score the final minutes of Massacre River: The Woman Without A Country, a searing story of poverty and governmental neglect set in Haiti, “Papa Damballah” was a natural choice. Beraza’s moving documentary is already emotional; Beauvoir’s song complements it beautifully contributing depth, dignity and spiritual grace.As Beraza recognized, the track is more than a statement of devotion. It’s a plea for global unity and a call for justice that transcends national barriers.

A video for a song dedicated to Papa Damballah calls for a snake, and director Walu Mwalilino has found an impressive specimen. The serpent in the “Papa Damballah” video is simultaneously beautiful and terrifying – a worthy symbol for the Loa spirit’s untrammeled power. Beauvoir, too, is visually impressive in the clip: she carries herself with the quiet confidence of a woman possessed by the spirit of creation. Her gown is a gleaming white, which is the color of Damballah. Mwalilino shoots her on a breathtakingly beautiful set, decorated in opulent Caribbean style, festooned with hanging plants and intricately wrought wicker structures. Theirs is the sort of temple that can never be shattered – the temple of the mind.