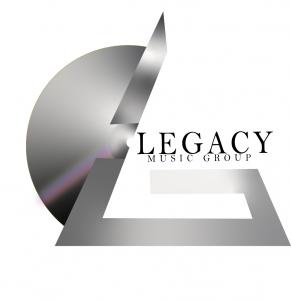 LOS ANGELES, CA (February 25, 2020) – Award-winning entertainment executive Jovan Dawkins is proud to announce the launch of his newly created inspirational record label, Legacy Music Group which is deeply rooted from Dawkins’ ministerial background. Being raised in the church, Dawkins’ inspirational label launch is a natural progression as part of his life of service. In recent years, Dawkins has quietly led private in studio bible study classes and has ministered various entertainers in Hollywood alongside Pastor Tracey Armstrong and Pastor Matt Wakefield of Citadel Church which also inspired Legacy’s launch.

“My goal was to launch something that is part of my traditional background from a musical perspective,” said J. Dawkins. “I also hope to provide a comfortable space to produce and approach music in a different way, which ideally inspires others and honors my family’s legacy.”

In keeping with family legacy, Dawkins has tapped multitalented GRAMMY® nominated singer, songwriter and cousin Eric Dawkins as President of A&R of Legacy Music Group. As a former member of hit-making production team Underdogs, Dawkins has experienced a string of success penning, producing and collaborating with top tier talent including Christina Aguilera, Justin Bieber, Mary J. Blige, Chris Brown, Toni Braxton, Mary Mary, BeBe Winans, Fred Hammond, Babyface, Tyrese and many more. As a member of the dynamic Gospel & R&B Christian duo Dawkins & Dawkins (with brother Anson), the group has delivered numerous hits including “Everybody Needs Somebody,” “God In You,” “Focus,” “Need To Know,” and “Praisin’ On My Mind” to name a few. Dawkins’ music has also been featured in various critically-acclaimed films including Dream Girls, A Shark’s Tale, Tyler Perry’s The Family That Preys and Oscar nominated “Living Proof” from The Help. In a nutshell, Dawkins has been “the go to man” in the music industry for many years.

“With Legacy Music Group, we are getting back to the true art and origin of artist development by being involved in every aspect of a project from conception to completion,” said E. Dawkins. “Artist development is not just a position; the process is paramount at the label and it is our goal to give every artist an opportunity to be the best they can be.”

The Legacy Music Group’s solid launch includes an impressive roster of award-winning Gospel artists including Fred Hammond whose current single “Tell Me Where It Hurts” is topping the charts. Additionally, remarkable roster recruits include Dawkins & Dawkins and first lady of Legacy, Tasha (formally known as Tasha Page-Lockhart) whose powerful single “Why Not Me” is scheduled for release on February 26. Legacy will also release the soundtrack for The Commissioned biopic and is in the process of adding more star power to its existing roster.