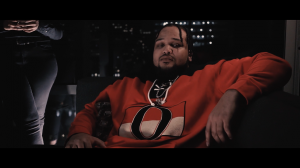 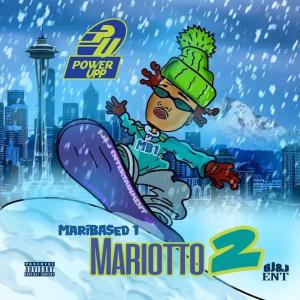 Just press play and get lost in this exceptionally, ear-melting hip-hop gem….

A lot of rappers love to talk about how they came up all on their own. What they're less excited to spit bars about is that they happened to be a part of a hugely hyped scene, a crew with a platinum artist or two, or were a record exec's 3rd cousin. Inner-city Seattle's Maribased1 is a true lone wolf, running it in a city that isn't exactly known for hip-hop – yet. But if he keeps hustling at the level of "Mystery Girl," pretty soon every other MC north of Oakland is going to be claiming they were kicking it in Rainier Beach way back in the day. His videos for "Bouncin" and "Score’n" racked up solid plays on BET Jams and MTV On-Demand, huge for an independent artist. The BJ&J Entertainment artist packed them in on a tour with controversial LA MC Blueface, while his videos have already blown past a million views. You heard what he said: he's score’n.

Maribased1 coined his style "The Northern Flow," because no current catch-alls or buzzwords did his echo-drenched, laid back tracks justice. Try not to look surprised when some young-uns start repping it a year from now. Throughout "Mystery Girl," he kicks his signature zen-like flow atop a piano-and-synth bounce, with bars upon bars full of unexpected phrasings and subtle switch-ups. After "Score’n" and "Bouncin," he takes a break from the braggadocio to tell a seldom-told, uplifting tale of a strong, resilient, independent woman. His awe of her, and his vocal energy, grow with each verse as he rattles off her struggles and triumphs. The track caps off with the loopy groove of a trademark Maribased1 rock guitar lead, leaving us as blown away by this Queen as the man himself.

Director Rob Fitzgerald set up a dual narrative for "Mystery Girl," a before-and-after Cinderella story that paints a striking picture of the life she left behind, and the one she's since built for herself. Most of the clip is set in her baller high-rise apartment, overlooking downtown Seattle. In these scenes, all Mystery Girl's got to do to let you know who's on top is be herself, lounging with a glass of wine in hand, against the night sky. But when her mind wanders, she relives the not-so-good old days. Now in the harsh light of day, she's arguing with a boyfriend – played by Mista Benjamin, Seattle hip-hop staple and head of BJ&J Entertainment – who's clearly beneath her, staring into the mirror asking herself some hard questions, and finally walking out for good. It's history she's never going to repeat. Maribased1 ends his own screen time, and the video, with a nice visual callback to a classic about another mysterious woman, by the name of Billie Jean.