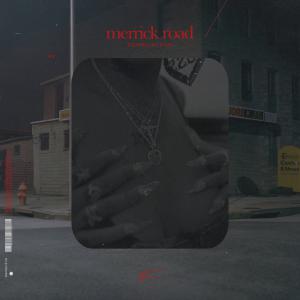 The ballad, “Merrick Road,” was written for a special someone in THANKYOUCHASE’s life that didn’t want much to do with him at the time. He poured all the feelings he had into this song to let her know that he will always be there for her if she ever reaches out to him. It’s a sad, but all too relatable, story about missing someone who has moved on.

“Merrick Road” includes 80s style synth with a combination of trap type drums and a futuristic sound. “Merrick Road” is a chill, smooth song perfect for driving with that special someone or while reminiscing late at night. Feelings of intoxicating bliss and jubilee are brought up by the light, cool melody. Some may even call the experience described as “euphoric.”

“Merrick Road” is available now on all platforms. Follow THANKYOUCHASE on Instagram for more information on future releases.

THANKYOUCHASE began writing music at the young age of 12, through music classes in school. It was there that he learned how to play the drums and piano, and where he discovered his love for synthesizers. He grew up in a heavily music-influenced household. As a blues singer, his grandmother was one of his first inspirations, as she would often sing and share music with him. Whether it was waking up to hear Prince or Michael Jackson coursing through the house, or being surrounded by stacks and stacks of vinyl records, THANKYOUCHASE has always been surrounded by music. It only makes sense that he would start creating his own. Some of his famous musical inspirations include Kendrick Lamar, J Cole, The Weeknd, Beyoncé, Curtis Mayfield, The Code, Michael Jackson, and Prince.