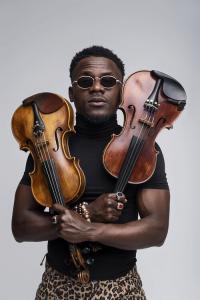 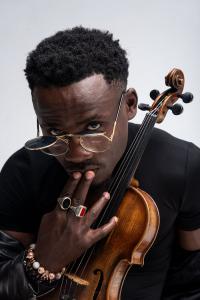 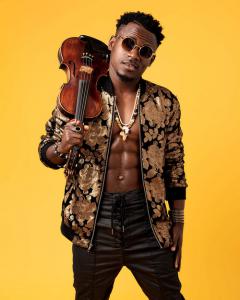 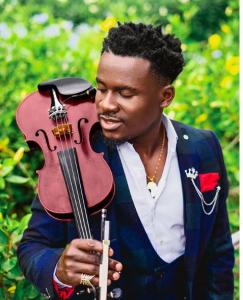 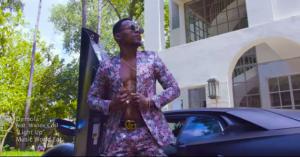 His followers love and turn to his music for inspiration and entertainment.”
— Loyal Fan

HOUSTON, TX, UNITED STATES, July 27, 2020 /EINPresswire.com/ — Musician, singer-songwriter, multi-instrumentalist, record producer, and Multi-Genre Violinist and award winning artist, Demola is one of the first artists of his kind fusing the various timbres of AFRO-BEAT, the colorful sounds of Reggae, a bevy of buoyant Pop tones and the animated bounce of Hip-Hop while coherently blending it all together with the euphonious melodies of his violin. The native Lagosian turned Houston resident is a multi-hyphenate in his own right.

Born in Lagos, Nigeria, his love for music started at a very tender age — stemming from listening to different genres of popular and contemporary music by music-loving parents. He was formerly represented by Matthew Knowles (the Father and Former manager of Beyoncé and Destiny's Child).

As with many legends in the making, Demola cites luminary icons like Bob Marley , Fela Kuti , Prince, King Sunny Ade , James Brown, George Benson, Lagbaja, Michael Jackson etc to pull artistic inspiration from. Several of his violin covers have gone viral across Instragram, Facebook , Tiktok , Twitter etc with millions of views. He has been also been featured on TheShaderoom (his cover of Return of The Mack cover), I Love being Black, and several huge blogs/pages on social media.

Demola has a collection of several violin cover projects (hiphop, pop, afrobeats, Reggae/dancehall), all available on digital platforms. He also has original works with his two latest singles "Light Up" which features AfroPop Superstar Wande Coal and his latest single "Gbedu" featuring leading Afropop Superstar "Davido." Both works were produced by Demola. These singles have shot him up in the realm of Afrobeats and made Demola a much sort after artist.

To add to his already boundless artistry, Demola’s instrumental proficiencies stretch from the violin to piano, keyboard, guitar, viola, djembe, mandolin, ukulele and conga. His various musical talents have gotten him recruited to play with String Quartets, oratorios, Violin Concertos and as a soloist with chamber groups. He is the official Violinist for Legendary and multiple award winning R&B group Tonytonitoné , touring and performing with the group and Dwayne Wiggins all over America and internationally. He has also been sought after to lend his skills to several household names in America and internationally.

Demola has garnered a huge following across social media with hundreds of thousands of fans and followers who love and turn to his music for inspiration and entertainment. He is currently finishing up an all original violin album which as we hear from sources, is an incredible Masterpiece . He promises to release the project this year 2020 and also follow up with a vocal album.

For more about Demola visit: https://www.demolatheviolinist.com.