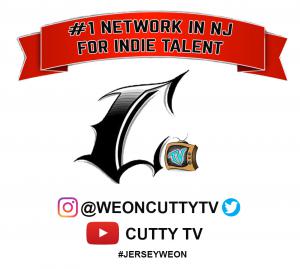 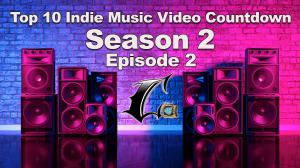 EDGEWATER PARK, NJ, UNITED STATES, August 1, 2020 /EINPresswire.com/ — Cutty TV has stayed true to the goal of giving real opportunities to talented acts while bringing them closer to their dreams as the company launches their Top 10 indie music video countdown. The new initiative by the NJ artist development company is the first-ever indie countdown to be done in New Jersey, helping to give independent artists a platform to reach millions of people in the region and nationwide.

“Our main goal over at Cutty TV is to help the small people grow! We know how it is to not have help so we want to be the help! Jersey We On!” – Cutty (Chief executive officer)”

The music industry has continued to grow over the years. Aaccording to a recent report published by IFPI, the global recording industry is currently valued at over $19 billion. One part of the business that has seemingly been neglected despite their immense contributions to the industry is indie artists. According to a report released by MIDiA and music label/distributor Amuse, the indie sector generated $643.1 million in 2018, representing a whopping 35% increase from 2017. However, a company, Cutty TV, looks set to give indie artists across the US the recognition and respect they deserve by giving them the platform to express themselves and get rewarded deservedly.

The company’s recent launch of Top 10 indie music video countdown further reiterates this goal. Cutty TV has also launched several promotion campaigns since the emergence of the COVID-19 pandemic and has brought in almost over 4 million impressions to indie artists working with the company. In recent times, Cutty TV has helped one artist to get his first 10K streams on his song, with two others improving their visibility on Instagram with more than 100k views.

Cutty TV also covers captivating and powerful indie stories on the blog – Jersey Watch, a blog created for indie artists to use for press and exposure, regardless of their location nationwide. The blog has become increasingly popular in recent times, getting more than 10k views in its first month.

For more information about Cutty TV and the company’s projects, please visit – www.weoncuttytv.com. Cutty TV can also be found across several social media platforms, including YouTube and Instagram.

About Cutty TV LLC
Cutty TV LLC was founded by an entertainment mogul, Cutty, to help independent artists build a successful music career. Cutty decided to start the artist development company to give the younger generation a different direction after his little brother (Jevon Robinson) went to jail at the age of 16.
###