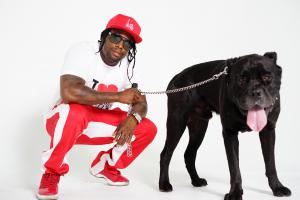 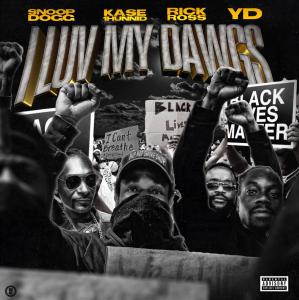 Kase 1hunnid – I Luv My Dawgs

This isn't just a song; it's a celebration: it's an untouchable, hooks-all-day summertime party banger

MIAMI, FL, USA, July 31, 2020 /EINPresswire.com/ — Sometimes we like a song; sometimes we love it. But sometimes, we need it – and damn, we needed "I Luv My Dawgs" right now. Miami's Kase 1hunnid started in the game just like the best of them: on the corner freestyling with, yup, his dawgs. Word got out, people started talking, and one thing quickly led to another. Next thing, respected Miami hip-hop mainstay Buddy Roe was telling legendary Slip N Slide Records that Kase had to be their next signing. After a brief stay on the label that launched Trina and Trick Daddy, Kase made the jump to Platinum Spoon Muzik, the label he owns and operates. He takes Pac's cues and keeps it real, speaking on what he knows, not what he's heard about. So Kase's recipe for success is pretty simple: "I soak up the real, then I put it on records." Overtown's YD hops on the 3rd verse here, fresh off making major waves in Miami with singles like "Runnin" and "Whoa." And if you need an introduction to the dude who drops the 2nd verse, you need to start hanging out with different dawgs…

A lot of rappers like to talk about things they haven't lived, or they focus on violence and all the madness that comes with it. Kase instead chose to put some straight-up positivity and brotherhood out into the world. "There's a lot of violence out here right now, and I push love," he says. "I done did everything under the Sun but die, and I ain't trying to do that yet." The man can carry a song all on his own, as we saw on that hit single "My Ride," but he called in the heavy hitters on this one. And the jam is stacked. In addition to YD, Kase landed the guest every rapper on Earth wants, the old school way. A homie sent Snoop Dogg the record, and two days later, Snoop's verse was done, just like that. This isn't just a song; it's a celebration: it's an untouchable, hooks-all-day summertime party banger. And it's going to make every dawg within earshot throw their hands in the air and throw their arms around their dawgs. Believe it.

Now and then you'll watch a music video and wish you were in it, right? This is one of those. Kase 1hunnid, Snoop, and YD took over the local football team's home field and invited a couple hundred of their closest friends for the shoot. Directors Shula The Don, Space 305, Rob Dade and Love Shack let the cameras roll as the party goes off, and the kids go toe-to-toe on the gridiron. They got Snoop out to Miami for the shoot, and, Man of the People that he is, he's having the kind of good time that can't be faked. The combined production house forces of 2 Seven Films and Visualize Films also capture YD and Kase walking the streets of Liberty City, minging with folks, and just kicking it in the afternoon Sun. It's easy to make a song and video this good when you mean what you say; the only hard part about "I Luv My Dawgs" will be deciding which verse is your favorite.