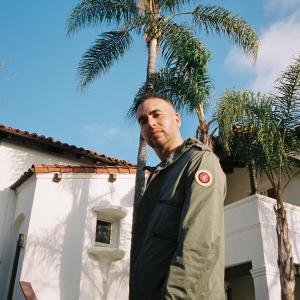 SEATTLE, WA, USA, July 31, 2020 /EINPresswire.com/ — It takes a certain kind of artist to consecutively release music with creative visuals, head nodding production, and lyrics that keep the listeners rewinding back for metaphors, double entedres, and endless slick talk. That person can deliver fresh content on social media and effortlessly define his brand in each new visual. That person is KOTH (an acronym for 'King of the Hill'). And king he is; the man behind KOTH, Thaddeus David, has been owning Seattle's underground rap scene for years on his own and as a popular member of Helluvastate and State of the Artist. He has a way with words and relates to his audience by merging prompt-witted bars and succinct punchlines over a feel-good beat proving his ability to put his name on the map. After taking a short hiatus, the rapper returned with his new moniker in late 2019 and was ready to add more fuel to the fire that he left burning.

Many of his singles have received praise from prominent publications like The Hype Magazine and Elevator, who has also championed him as "one of Seattle's talented lyricists." Throughout his stardom, he has supported Slick Rick, Mobb Deep, Mos Def, etc. and sold out The Crocodile in the Emerald City with TylerxCordy. No matter what he's doing, KOTH is continuously adding to his empire and bringing us along through his journey.

This time, KOTH sparks the flame with his new visual "My Time."The debut single off of his upcoming First Team is an anthemic banger with a relatable theme that echoes through the chorus to anyone chasing down their goals, their moment, and especially their time. The journey starts for the video with KOTH & Co painting Capitol Hill red on the historic Pike block & follows TH through the city to Seattle & landmarks such as the Space Needle & SODO. While director Deadeyez might be telling KOTH what to do, he dictates the camera and dominates the screen.

The simple but bold piano keys help KOTH's flow- there's an air of ego in his voice and well-deserved extravagance in his lyrics. He's been grinding for over a decade and shamelessly flaunts what he's been working hard for. He raps, "They say I can't have my cake and eat it too / But never met my appetite I got the sweetest tooth." KOTH is driven, knows what he wants, and knows what he will get- even if his appetite exceeds what's on the menu, there's always a desire for more.