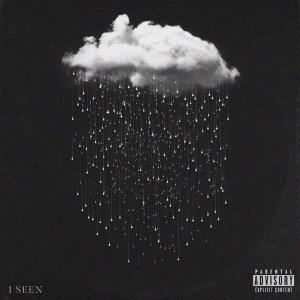 I Seen Available Now on All Major Platforms

“I Seen,” an urban, jazz track, shares the true story of Martyn’s lifelong friend betraying their friendship and his trust. Between talking behind his back and trying to get with Martyn’s ex-girlfriend, the hurt runs deep.

Martyn’s love for literature trickles into the song, by creating a Fitzgerald or Hemingway vibe in his lyrics. While most of the song is in English, he brings his heritage into the song as well by singing the whole second verse in Chinese.

He brings his two cultures together through his music. Flowing between English and Chinese, both language and culture. Martyn certainly brings something new, yet familiar to the rap game. His Chinese verses flow seamlessly into and out of his songs as if they were fated to be there. There’s no mistaking, Martyn has a bright future ahead of him.

Born Yize Chen, Martyn, is from a small city in China. Growing up, the young artist learned about different cultures on the internet. His favorite was scrolling through hours of basketball and sneaker culture on YouTube. What he didn’t realize at the time was that he was also taking in hours and hours of hip-hop music. This is where his knowledge of English and his love for rap and hip-hop started. In 2019, he moved to New York City to study at NYU. Since then, Martyn has been investigating his musical talents; more specifically his strength as a rapper. He’s able to produce his own music and has started getting attention for doing so. Another aspect that separates him from other rappers is his incorporation of Chinese, his first language. Additionally, he has had the amazing opportunity to work with Grammy-winning producer, Anthony Kilhoffer, who has worked with Kayne West and Jay-Z; as well as Dakari, a Billboard-charting producer who’s worked with artists such as Halsey and G-Eazy.