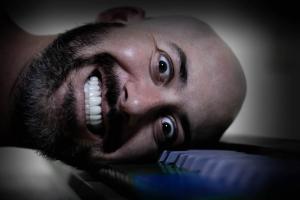 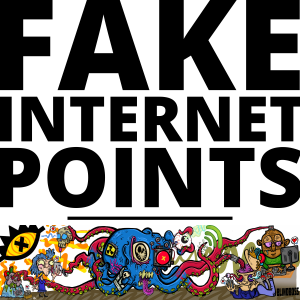 Just as Gomez plays all the instruments in Blindboss, he handles all the roles in the video, including a few that seem positively inhuman

CORONA DEL MAR, CA, USA, August 7, 2020 /EINPresswire.com/ — Is anybody having fun on social media anymore? Or has it simply become another job – a time-killing, spirit-crushing daily obligation? The problem is particularly acute for artists, who must attend to the digital rat race or face irrelevance. The outspoken Max Gomez, the audacious multi-instrumentalist behind Costa Mesa, California progressive rock band Blindboss doesn't tend to withhold his opinions on controversial subjects, and on "Fake Internet Points," his newest single, he makes his opinion about the world we've created crystal clear. He sees social media as a brutal game that stopped being enjoyable long ago, but one that nobody can figure out how to stop playing.

It's hard to imagine a more appropriate messenger. Gomez has always gone his own way – and the distinctive Blindboss blend of theatrical rock, adventurous prog, circus music, punk, the darkest of dark pop, and experimental metal has always been his alone. He's never been an artist willing to chase trends, and his fans love him for his resolute independence. Yet even Max Gomez, uncompromising as he is, finds himself caught in social media's whirlpool. "Overdose on recognition," he howls in the chorus to "Fake Internet Points," "we sold ourselves out."

But has he really? Not very likely. "Fake Internet Points" is exactly what listeners have come to expect from Blindboss: hairpin turns, unusual juxtapositions, odd and intriguing textures, conceptual ambition, and, of course, compositional and instrumental excellence. In no way is this song a concession to the algorithm or the marketplace. It is, like all Blindboss compositions, the realization of a peculiar and compelling artistic vision. Gomez may be struggling with the same cultural forces that we all are, but he's handling them with uncommon grace.

His visual presentation is singular, too. In Renzo Rodriguez's vibrant clip for "Fake Internet Points," the top-hatted Gomez is half carnival barker, half post-apocalyptic prophet. Just as Gomez plays all the instruments in Blindboss, he handles all the roles in the video, including a few that seem positively inhuman. Rodriguez floods the frames with surreal color and transforms Gomez into a flashing, two-dimensional beacon: a suitable metaphor for the particular distortion that social media visits upon those who use it. At times, Gomez seems beleaguered; at others, he's feisty; others still, he's absolutely furious, and he's letting his passion show. One thing is clear: he won't be giving in without a fight.