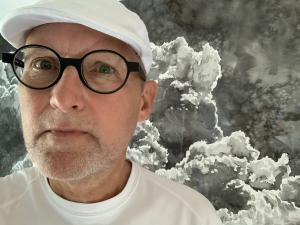 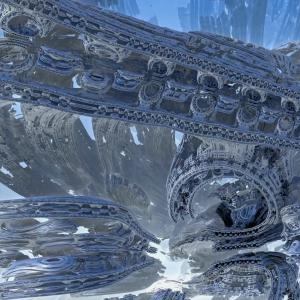 As we tour the scale of the architecture, “CodeX” twinkles with profound expansion

Electronic music has a reputation of paralleling immersive visuals that complement and emphasize the music flowing from the speakers. Some DJs use generic flashing lights and pretty backdrops to accompany their cookie-cutter tracks, while others generate optical overkill, artificial chromesthesia. Sonarpilot’s visual language is a lot more complex than seeing a few colors; instead, his ambient electronica evokes a whole journey into a world of digital fractals, enigmatic shapes and figures whose patterns do and undo. The man behind Sonarpilot, Michael Moppert, writes expansive tracks that linger with mystery, building up, holding the suspense, and allowing for a sweet and soft release. His experimental sound can easily score a movie or accompany you while you travel through time and space.

Michael's whole life can be chronicled by different musical phases, but after leaving the corporate world behind in the tail end of the ‘00s and ten years of creative work as his alter ego Sonarpilot, Michael entered a paramount era. Alongside Sonarpilot Audio label manager Jonny Miller and film producer Roger Mäder, Micheal created The Mirage Project. This ongoing series is a collection of six, satisfyingly optical films accompanied by singular electronic soundtracks released monthly online from May to December 2020. The labor-intensive process sometimes took weeks to render one minute of the videos, scaling to over 18 months of formula drafting, music composition, and editing – The results are well worth the wait.

“CodeX” marks the halfway point of The Mirage Project… Time is subjective and relative to the beings during that period. The beginning of the nearly 8-minute clip shows early world maps and seemingly ancient artifacts, but as those historical objects transition into grand futuristic structures, we lose track of what’s past, present, and future. New sounds reverb until another synth, vocal fragment, tick, or click takes over. As we tour the scale of the architecture, “CodeX” twinkles with profound expansion. The visual floats through the beginning and the future – all to find our affinity amongst the cosmos. Yet before we can crack those complex formulas and answer our most fundamental questions, we must recognize the beauty of the Fibonacci pattern of time’s endlessness.