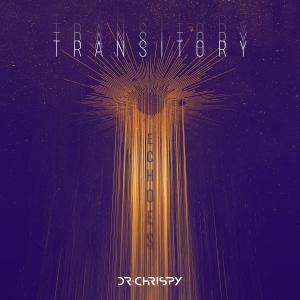 SAN FRANCISCO, CA, USA, September 10, 2020 /EINPresswire.com/ — DR CHRISPY (aka Dr. Chris Boshuizen) is a music producer, songwriter, and award-winning aerospace engineer dedicated to sharing his love of both music and space exploration. Following the recent release of his exciting new Transitory EP, which included collaborations with a diverse group of special guests and innovative producers from around the world, DR CHRISPY is now proud to announce TRANSITORY ECHOES, featuring all new remixes of the Transitory EP tracks from Robert Peckyno, Kevin Ochoa, Contre-Attaque, T-ROM, On Being Human, and D-Noise. TRANSITORY ECHOES will release online everywhere music is streamed and sold on September 18, 2020.

Two singles from TRANSITORY ECHOES will be released in the lead up to the album, including a House remix from T-ROM dropping on the US Labor Day holiday weekend (the perfect party track for a late summer playlist), and a creative and innovative dance track from Kevin Ochoa the following week.

DR CHRISPY released his Transitory EP in July of 2020, presented as a collection of short stories, each one a first-person narrative from a different speaker. DR CHRISPY worked with contributing artists for that project including The Stunt Man, Haji Mike, Med Dred, Synthapex, Psybolord, and Aeronexus. The three different tracks on the Transitory EP, each with distinct themes, cycle from morning, to afternoon, to evening, mirroring our own self-reflections as we move through our day. This creative effort has been a huge success and immediately caught the attention of several other notable producers in DR CHRISPY’s orbit, which led to the creation of this new TRANSITORY ECHOES remix project.

DR CHRISPY is an undeniably prolific creator and community builder. As an active partner at the Silicon Valley-based VC firm DCVC, Dr. Chris Boshuizen helped finance and launch the companies Capella Space Corporation and Rocket Lab. Together these two companies launched a satellite into orbit this August, and to celebrate the launch DR CHRISPY wrote and produced the commemorative instrumental track “Infinity Rising,” which featured on launch day as part of the live streaming event now viewed by over 100,000 people! This anthemic and uplifting single celebrates the dedication and hard work of both of these teams, who despite hardships and setbacks have brought their dreams into reality. Appropriately, “Infinity Rising” perfectly captures the euphoric feeling of a dream realized through hard work and perseverance.

VHS was DR CHRISPY’s first full-length release, which ranked Number 8 on the Synthwave Radio Best Albums of 2018 list and was widely praised, with Exclusive Magazine calling it “a wonderfully ambient, bouncy, fun, even thoughtful at times collection of instrumental tracks.” BabySue.com says, “Whether you're out clubbing or at home trying to get things done, these nifty little rhythmic creations will likely be just what the doctor ordered to get things going.” Chris wrote the majority of VHS while traveling as an aerospace engineer, capturing the vibe of each place and moment in time he visited. DR CHRISPY released two singles in 2019, including “Drive,” which features a high tempo driving beat and catchy instrumental hook, and his tribute to the NASA Voyager 1 spacecraft “Voyager at the Heliopause” (with music video).

For the following VHS REMIXED project that released online November 22, 2019, the tracks of VHS were reimagined by producers from all over the world including The Stunt Man, Psybolord, T-ROM, Kevin Ochoa, Manor Sound, Always Romantic, Synthapex, and B Wiley. The resulting collaborations created an album that elevates the original VHS to brand new heights that even DR CHRISPY had not imagined.

After having worked at NASA inventing new kinds of spacecraft and co-founding the company Planet Labs, Chris Boshuizen decided to pursue his art full-time, adopting the nickname “Chrispy” that was given to him by his NASA co-workers. Unlike other notable “doctors” in the music industry, DR CHRISPY has a PhD in Physics, and in 2014 he won the Advance Global Australian of the Year Award for his contributions to Science and Advanced Manufacturing. Leveraging his years of experience with computer music, Chris will teach his fourth introductory workshop on electronic music production at this year’s annual Taxi Road Rally in Los Angeles. DR CHRISPY’s goal as an artist is to connect music and tech while bringing a message of hope and empowerment to his audience. DR CHRISPY runs his home studio in San Francisco where he is actively writing and recording new music.

TRANSITORY ECHOES will release online everywhere music is streamed and sold on September 18, 2020.