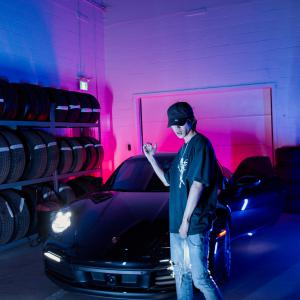 “Race Car” is a tribute to X Li’s days just starting to build fame in the luxury car world. With his streetwear and hard beats, his style is also highlighted in the video, showing viewers who he is and what he’s about. David Del Rosario, veteran rap video director, and X Li style’s compliment each other, as evidenced by the gritty atmosphere in the “Race Car” video.

The single, “Race Car,” was inspired by X Li’s passion for supercars and the race track. Having grown up with motorsport culture around him, that has transferred into his current lifestyle. and that has transpired into my lifestyle. Also as a huge fan of the Fast & Furious series, the movies have been an inspiration for his life and music, which ultimately lead to the creation of “Race Car.”

X Li’s musical talent fuses with an edgy persona in the “Race Car” video, giving everyone an idea of what’s to come from X Li.

The “Race Car” music video is available now on YouTube. The single is available on Spotify and all other major platforms. Follow X Li on Instagram for more information.

X Li, whose real name is Xinyi Li, is originally from Taiyuan, China. X Li grew up on rock and alternative rap-rock artists that set the foundation for his love of trap. After moving to Canada, X Li discovered hip-hop, soon found himself magnetized, and creatively inspired by artists such as Jay Z, Nas, Kanye West, 50 Cent, and Wiz Khalifa. Since then, X Li has been fixed on one ultimate goal: becoming the world’s first mainstream Chinese rap superstar. He is set to break barriers in the music industry by topping charts in different genres and working with different producers. With his diverse background and the perfection of his expertise and crafts, X Li is on track to reach the pinnacle of the recording industry.