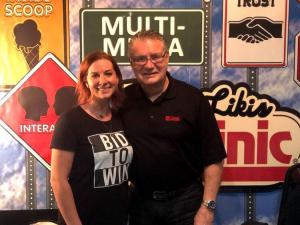 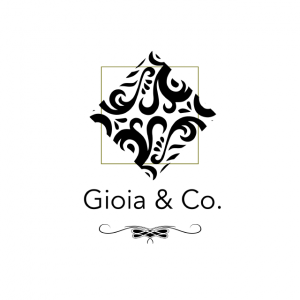 After almost 30 yrs in radio broadcasting, I knew if I left my studio environment intact, I’d be forever tempted to return. So as the grand finale of a most enjoyable career, all assets will be sold.”
— Bobby Likis

Items – all used in the successful production of the beloved “Bobby Likis Car Clinic” radio, television and internet programming – will be sold in a 3-category auction on www.GioiaAuctions.com:

Category 1, the physical studio which deconstructs into 10’ panels for transport to relocation site;
Category 2, the electronics used to record, produce and distribute the audio and video renderings of the “Bobby Likis Car Clinic” show; and
Category 3, office furniture and supplies.

The extensive listing is specified on the Gioia website, or can be accessed via www.BobbyLikis.com.

Dates of auction for each category:

Reflects Likis, “After almost 30 years in radio broadcasting, I knew if I left my studio environment intact, I’d be forever tempted to return.” He adds, “My wife has other ideas, like travel on Saturdays, so I rethought my initial ‘a-little-in-and-a-little-out’ retirement strategy and decided to drop the mic. To punctuate the finality, I decided to sell the studio and all its contents.”

After ardent due diligence for a professional auctioneer who embodies his energy, focus and integrity, Likis found just the person for whom he was searching in Pensacola: Leah Gioia, president of Gioia & Co. Remarks Likis, “Who knew we had such talent in our own backyard.” He expands, “Built on my philosophy of transparency and highest ethics – and for the benefit of all potential buyers – I wanted the agent for this most bittersweet moment to focus on accurately describing and arduously documenting all items. And I found her.”

Says Gioia, “I know Bobby interviewed several people for this project, and I’m so honored he chose our company. We will do everything to properly promote and conduct the auction…and, more importantly, to make it easy for the winning bidders to acquire their purchases.”

Podcasting has become the go-to platform for connection in these Covid-19 times. The contents of this auction include the entire sweep of venue, electronics, and production hardware and software to launch a podcast or broader based radio and television programming or advertising/marketing campaigns.

Ideal bidders would be podcasters ready to grab the spotlight; musicians set to upgrade from garage to studio; marketing/advertising agencies who crave an environment to generate and fully own their creative deliverables; and not-for-profits, universities and churches who can leverage this platform to spread the word about their missions.

Gioia Auctions was established in 2019, during which summer, Gioia proudly received her designation as Honorary Colonel – Auctioneer, as well as her Ring Master Certification from the Florida Auctioneer Academy. She was honored to be instructed by Gary Smith – a legend with true heritage in the auction industry. She was also mentored by other noted individuals, such as Keith Trowbridge, Heath Ogle and Chris Bohr. Gioia is a proud member of the National Auctioneers Association (NAA) and Florida Auctioneers Association (FAA), whose board she was recently invited to join. Gioia is committed to a higher standard of excellence and is passionate about actively increasing public awareness of auctioneering and how auctions play a vital role in our society’s economy.