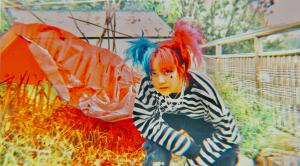 The upcoming LA based artist released her 12th single this year

Psyclo only started making music not long ago, after years of searching for a way to express herself, she discovered that music was her call. Her music isn’t tied down to one genre, for she likes to test the waters and get creative by playing with different genres. So far, in the singles that she has released, she has crossed different genres and has carefully put them together, such as hip hop, R&B, dark pop and even alternative punk music.

The best thing about her music is that it will be unexpected with the different sounds that she will put together. With the single Los Angeles, it is another milestone of her path towards finding herself. It’s refreshing. Her latest single Los Angeles talks about the loneliness being in a big city.

Psyclo showcases that through her music, as her lyrics represent her real life experiences and self discovery. Her music is a fluid genre that doesn’t have any barriers, as it is a symbol to her personal journey through her craft in music. She has stated, “I’m lost and I have no idea about who I am. But I’m okay with it, I’m on my way figuring it out. I hate when someone says “I want to get to know the real you”. How can someone ever know me when I don’t even know who I am? I’ve changed, I’m changing and I’ll be changing, I never know who I was, who I am or who I will be.”

The singer originally started writing her lyrics in Chinese, but soon she discovered the fact that she enjoyed writing them in English. Some of her tracks such as Freaks, includes her rapping in Mandarin.

Pysclo has stated, “At first it was fun. Then I started to love the way English allowed me to express an idea. It’s more direct than Chinese, I think. Eventually, I got more serious about it, and music became the most important thing in my life.”

Psyclo went to Hollywood for college, majoring in Film/Directing and Screenwriting. However, she decided to switch paths after she realized that the social skills for business in film were not for her. Psyclo got into music and expression of music which she is now continuing and focusing on as a career. The 23 year old is dedicated to her music and it has grown to be a passion of hers. She has stated, “I was depressed and up until college I finally found out that music was the therapy I had been missing for years.”

Psyclo originally wanted to be an actress as a child as she was fascinated by the idea of being someone else through different roles. Even though she fought to go to acting school, her parents insisted on her studying abroad. She then moved from Shenyang, China and moved to Hollywood, the United States.

Psyclo never liked listening to music before she started creating it, but she grew to love the genres hip hop, hard rock and emo music. Her favourite band is Falling in Reverse. She grew up watching anime and violent movies. She is known to be an introvert and describes herself as an indoor and quiet person.

The alternative artist has a growing fanbase on social media. She likes to stay connected with her fans, by posting teasers of her songs and cool photos of herself that stand out nicely.