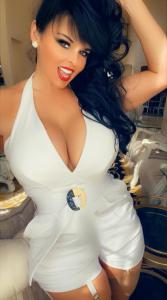 Love for a Day Available Now on All Major Platforms

“Love for a Day” is a singer-songwriter ballad that reflecting on Anna’s personal experiences with love and gives her a platform to show a new side of her talents. The thoughtful ballad will surely inspire all listeners to reflect upon their own lives and relationships.

“I want to inspire people to follow their hearts,” says Anna.

Anna Azerli is extremely unique as a singer and performer. Coming from a professional opera background in Europe she has a range of 5-octaves. She is also known for her curves and has worked as a model. Anna is now completely changing course by singing pop music in the US and working with producer Emile Ghantous on her upcoming album.

Anna Azerli was born in New Zealand but quickly moved to Berlin after her parent’s death. Then when she was 16, she moved to Milano, Italy, where she became a protege at the Accademia Teatro all Scala, for opera singing. Due to the 2009 global economic crisis, opera houses shut down so Anna began pursuing pop music. While pursuing this new genre, Anna experimented with several different styles of pop before developing her own style. Her overall sound could be classified as a pop/dance sound. She later moved to California to further her career. Anna Azerli has recorded two singles since being in the US. In 2020, Anna Azerli was preparing to have a permanent show in Las Vegas, however, it’s been postponed due to the recent coronavirus pandemic until the next year. In the meantime, she has started working on a reality show with an established Los Angeles-based production company which is in the beginning stages and she is not allowed to talk much about it.